A hardcore NDFB-S militant was killed at an encounter with army in Udalguri district on Monday.

The encounter took place at Mitunmai area in Majbat in the morning.

Acting on a tip off that a group of NDFB-S militants are camping in the area, police and army conducted a raid where the encounter took place.

Identified as Mustak Khan Mooshahary, the Bodo militant died on the spot.

Notably, a section of NDFB-S militants has been unleashing terror in the area in the form of kidnapping, extortion and killing. 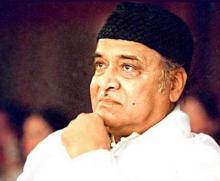 28 May 2012 - 1:06pm | Rini Kakati
It is not everyday people like Bhupen Hazarika is born - 85 years of meaningful existence has and continue to add significance in uploading the rich culture, tradition, flourishing in Assam for ages...

30 Aug 2015 - 10:26am | AT News
Stunned by BJP’s U turns on many issues, the Asom Gana Parishad and Congress are learnt to have been inching closer to each other hardly six months before the assembly polls. A section of Congress...

9 Apr 2017 - 6:35pm | AT News
Amid a massive security arrangement the polling  in the Dhemaji assembly by election concluded with huge turn out. Of the five candidates, the luckiest would be announced on April 13 afternoon...