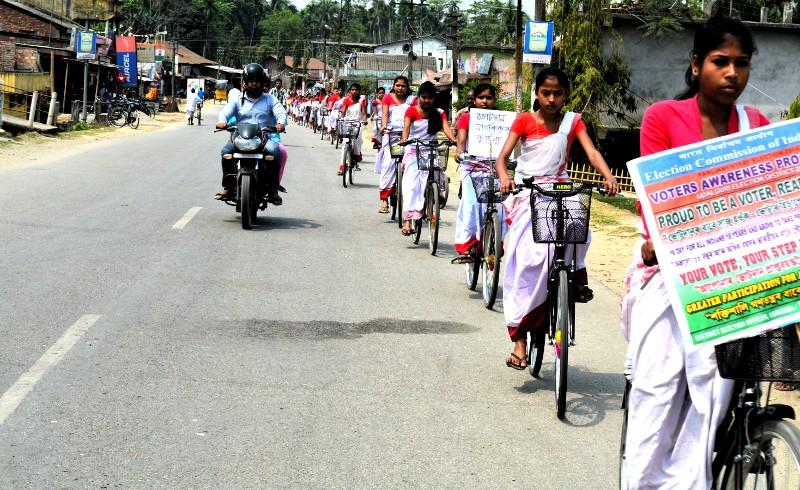 In view of the ensuing LS poll in the state election commission has engaged students to create awareness among voters to franchise their valuable votes for a stronger democracy. On the occasion Udalguri district administration organised debate competition at various schools and colleges on April 4 in the district.The topic of the debate was “Right to vote is basic duty of a citizen”(for school level) and “Why should I cast the vote” (for college level.Schools of Kalaigaon organised debate competition among students. On April 5, students of various schools of Kalaigaon namely- Kalaigaon Girls HS, Kalaigaon Secondary School, Bholabari HS, Sunjwrang HS,Tengabari HS,Kalaigaon Madrasa HS took out huge bi-cycle rally at 10 am. Thousands of school students holding play cards and banners toured various roads of Kalaigaon town requesting people to cast their valuable votes. The cyclists finally assembled at Kalaigaon Revenue Circle premises where they were addressed by Dinamoni Das,ERO,65 Kalaigaon LAC. The ERO explained about the necessity of casting votes. He said that although students do not vote ,but can motivate other voters including their parents to cast votes in favour of honest candidates for a corruption free democracy. RL Sinha,Senior BDO,Kalaigaon and Kamal Prasad Sarma,Mouzadar, Kalaigaon also spoke on the occasion.The wole activity in the district was sponsored by Sadhana Hojai,ARO,8 Mangaldai HPC cum Deputy Commissioner,Udalguri and Dr.Bhupen Das,Inspector of Schools,Udalguri. 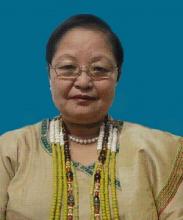 22 Sep 2017 - 7:21am | AT Kokrajhar Bureau
The Kokrajhar police have arrested a person for allegedly raping his daughter. The incident took place at Bhoomki part 1 under Salakati police outpost in the BTAD district where identified as...