24 Nov 2017 - 12:09pm | AT News
Led by Mrinal Saikia visited A, B and C sector on Thursday and Friday and talked to the villagers who alleged excess by a,section of Naga people. Talking to reporters, Saikia said they did not want... 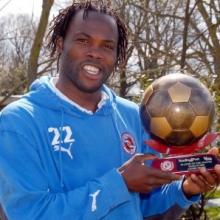 20 Oct 2015 - 5:04pm | AT News
Hero Indian Super League club NorthEast United FC have groomed Cameroon defender Andre Bikey as a replacement for injured Miguel Garcia hours before the commencement of the match in Guwahati on...

13 Oct 2015 - 11:13am | Stuti Goswami
Amit Baruah, Resident Editor of The Hindu is going to deliver a lecture on "Outmoded or Valid? Centres and Margins in the Age of Digital Journalism" at the Vivekananda Kendra Auditorium,...