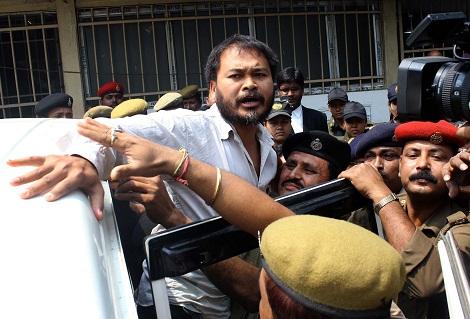 The court took up these petitions on Thursday moved by his counsel. But could not proceed due to non receipt of police case diaries in time.

Senior police officials who have been dealing with the three particular cases pending against the KMSS president one in Bharalumukh police station and two others in Khetri police station informed that they were busy with maintaining law and order in the city.

Then the court fixed Wednesday as the date of next hearing. Before that the Kamrup district and sessions court remanded Gogoi to judicial custody after he was produced before it.

The court, however, asked the authorities to ensure his treatment of back ache at the GMCH by Friday.

8 Sep 2015 - 10:45pm | Sunil Khabacha
The All Tribal Students' Union Manipur has expressed grave concern over a set of laws which they feel would do more harm for the tribal people. In statement sent to Assam Times, the student...

1 Oct 2013 - 10:57pm | Raktim Baruah
The Assam Photo Journalist Association (APJA) has condemned the police lathi-charge on a number of photojournalists, who were on duty to cover the KMSS demonstration at Dispur last gate today. The...