The Election Commission has refused to make any change in the poll schedule in Assam.

The confirmation came from full fledged commission meeting held in Guwahati on Wednesday.

Addressing a press conference, chief election commissioner VS Sampath said that April 7 ---ashokastomi is not even restricted holiday.

He further said that polling on April 12, two days ahead of the Bihu is more comfortable in Assam.

The decision was taken after examining the demands and requests made before the commission by the various political parties in Guwahati.

8 May 2015 - 8:27am | AT News
A Python was rescued by local people of Mushalpur area of Baksa district on Thursday.According to local people, the Python was noticed by some peoples at a place called Karemura under Mushalpur...

Naga peace not at cost of Assam

15 Aug 2015 - 12:02pm | AT News
Chief minister Tarun Gogoi reiterated that he would not give up even an inch of land in the name of the recent Naga peace process. In his address at the Veterinary Playground in Khanapara after... 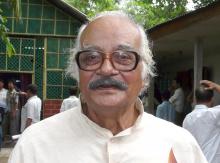