Chief Election Commissioner VS Sampath is on a day long visit to Guwahati to take stock of the preparation for the upcoming Lok Sabha polls slated for April 7, 12 and 24.

Sampath is reviewing the entire poll preparations with the deputy commissioners along with the superintendents of police at the Khanapara Administrative Staff College from 10-30 in the morning.

This stock-taking meeting would be followed by his meeting with Chief Secretary JS Kholsa, DGP Khagen Sarma along with state’s election commissioner.

Apart from this, the full fledged commission is scheduled to hold a crucial meeting with the political parties to discuss the model code of conduct which is in force. 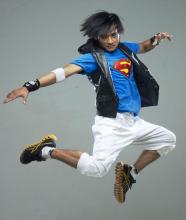 18 Mar 2012 - 12:31am | Ritupallab Saikia
The All Assam Gorkha Students’ Union (AAGSU) the influential apex students and youth organization of Assam have appealed the entire gamut of population of Northeast India to register at...

9 Jun 2015 - 9:03am | AT News
Over 30 people had a narrow escape in Guwahati when the bus carrying them stopped just before overcoming a portion of a flyover which developed a huge crack on Tuesday.It took place in the morning...

15 Jun 2013 - 12:18pm | Ranjan K Baruah
Foundation for Social Transformation organised a creative drama workshop on 14th June at its premises. This programme was mainly organised for youths who are interested in drama, theatre and...