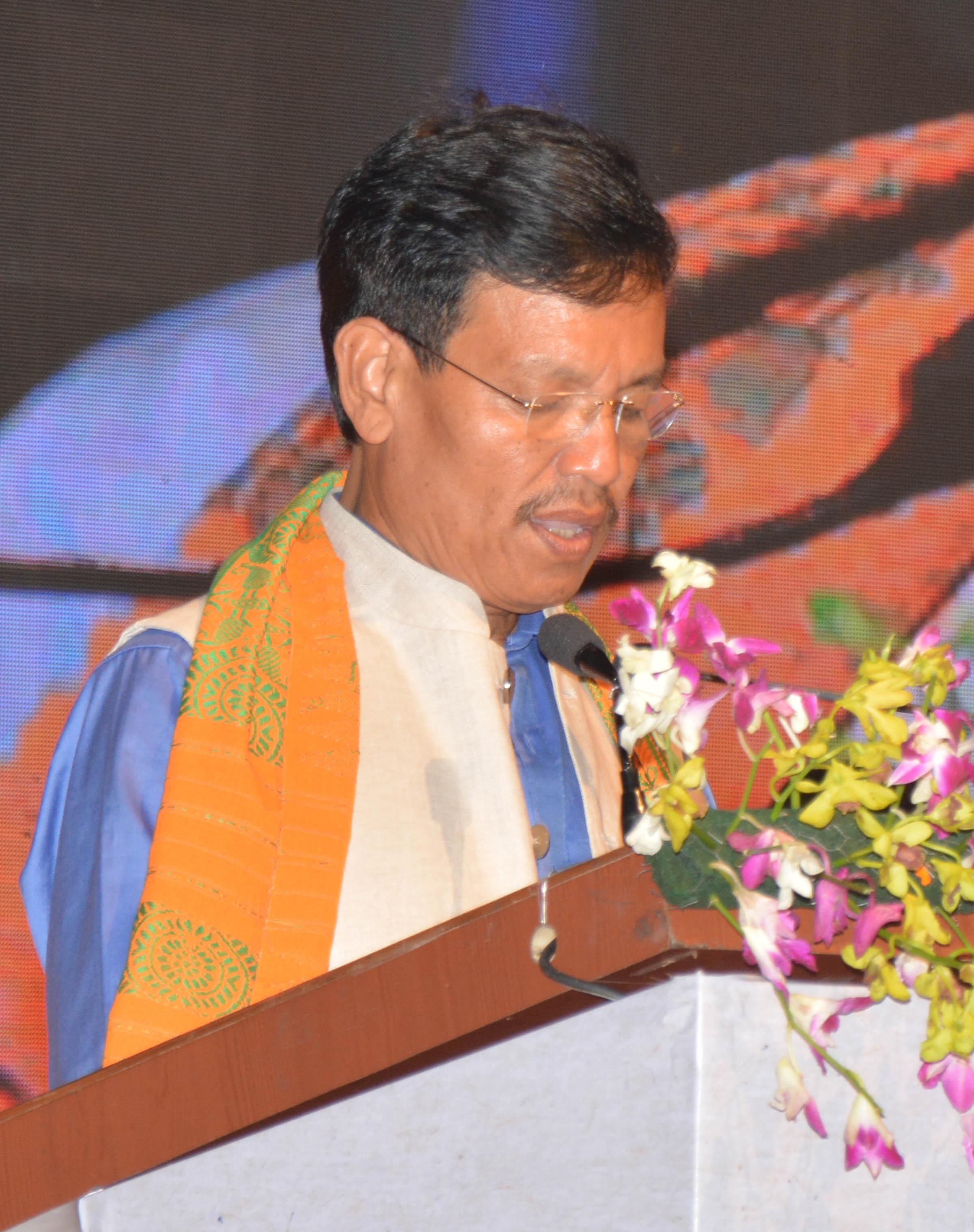 of Assam cabinet minister Urkhao Gwra Brahma have expressed their excited and happiness having sworn in as Cabinet minister of Assam today in Guwahati.

Elder brother of Brahma has expressed hopeful that newly formed government will  able to work for massive development and welfare of the citizens across the state.

He said that the new government must dedicate their services towards social integration and mass development in the state.

He said that citizens from the state are wanting healthy welfare and development among the society.

Meanwhile, several organisations of Bodoland Territorial Region including Nath Yogi Students Union,Sutradhar Sanmiloni and SC students union of BTR area have demanded inclusion of Lawrence Islary,MLA from Kokrajhar East constituency of UPPL party in the council of ministers of Assam cabinet which was sworn in today.

Leaders from the organisations demanded early induction of Islary in the Assam cabinet to represent the Kokrajhar district in the state.

The All Bodo Students Union welcomes the formation of the New Government by the BJP, AGP & UPPL alliance in the state.

In a press statement,ABSU president Dipen Boro has extended congratulation the elevated 15th Chief Minister of Assam Dr. Himanta Biswa Sarma and his team of Ministers who have taken oath today.

" The ABSU is hopeful the new Government in Assam will strive for the peace, harmony and all round development of the downtrodden communities and to address their issues and to strengthen the newly formed BKWAC in speedy manner in the state", ABSU said.

The BTR accord has many provisions to be implemented by government of Assam and Center.

The All Bodo Students of (ABSU) urge the new government under the dynamic leadership of Dr. Himanta Biswa Sarma as the chief minister will implement the entire BTR Accord clauses for the socio-economic and educational development in the Bodoland Territorial Region in letter and spirit.

ABSU also thank the people of BTR irrespective of communities for massive support in the exercise of democratic process of adult franchise in a peaceful manner and making the strong democracy,the statement said.

17 Jul 2012 - 11:06pm | Jayanta Kumar Das
A summertime youth seminar was held at Don Bosco school, Tangla from July 12 to 15 on the focal theme “Let us be the agents of change”.The seminar was organized by Father Peter PA,...

23 Apr 2015 - 5:38pm | Hantigiri Narzary
A total of 10 students (both boy and girls) from remote border areas from Kokrajhar and Chirang district left for New Delhi by down Brahmaputra mail train today for educational excursion under the...