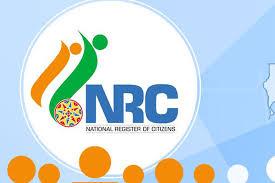 NEW DELHI : The much hyped fate of the final draft publication of the National Register of Citizens (NRC) would be decided on July 2 with the Supreme Court expected to deliver its judgement as to the date when the complete draft NRC would be published. A Supreme Court bench of Justice Ranjan Gogoi and Justice RF Nariman will take up the hearing on this crucial issue today.According to an earlier order of the apex Court, the draft NRC was to be brought out on June 30. However due to the onslaught of the first wave of the floods, it became an uphill task for the NRC authorities to carry out its work in a number of districts. NRC work came to a virtual standstill in the five flood-ravaged districts of Cachar, Karimganj, Hailakandi, Hojai, and West Karbi Anglong. Three districts of Barak Valley were the worst affected in the floods and the accompanying landslides during June. Work in a large number of NRC Sewa Kendras had to be temporarily halted due to the natural calamities. The State Coordinator of NRC, Prateek Hajela, will submit the status report on the update work of NRC to the Supreme Court bench tomorrow. He has reportedly already informed the apex Court about the situation arising due to the rains and floods. Besides Hajela, already leaders of the All Assam Students Union (AASU) and Assam Public Works (APW) are camping in Delhi. In the first part draft of the NRC, names of 1.90 crore people of the total 3.29 crore were included. Meanwhile, the Centre has been holding a series of meetings to review the situation in Assam. It has held meetings with Assam government officials and has committed to deploy adequate security forces to deal with the situation.

30 Apr 2016 - 8:43pm | Sasanka Talukdar
Asom Jatiyatabadi Yuba Chatra Parishad (AJYCP) took out a protest rally against prices hike of essential commodities at Pathsala on Saturday at around 7.30 in the evening. AJYCP members of Bajali... 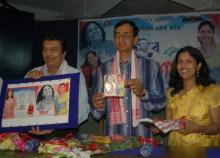