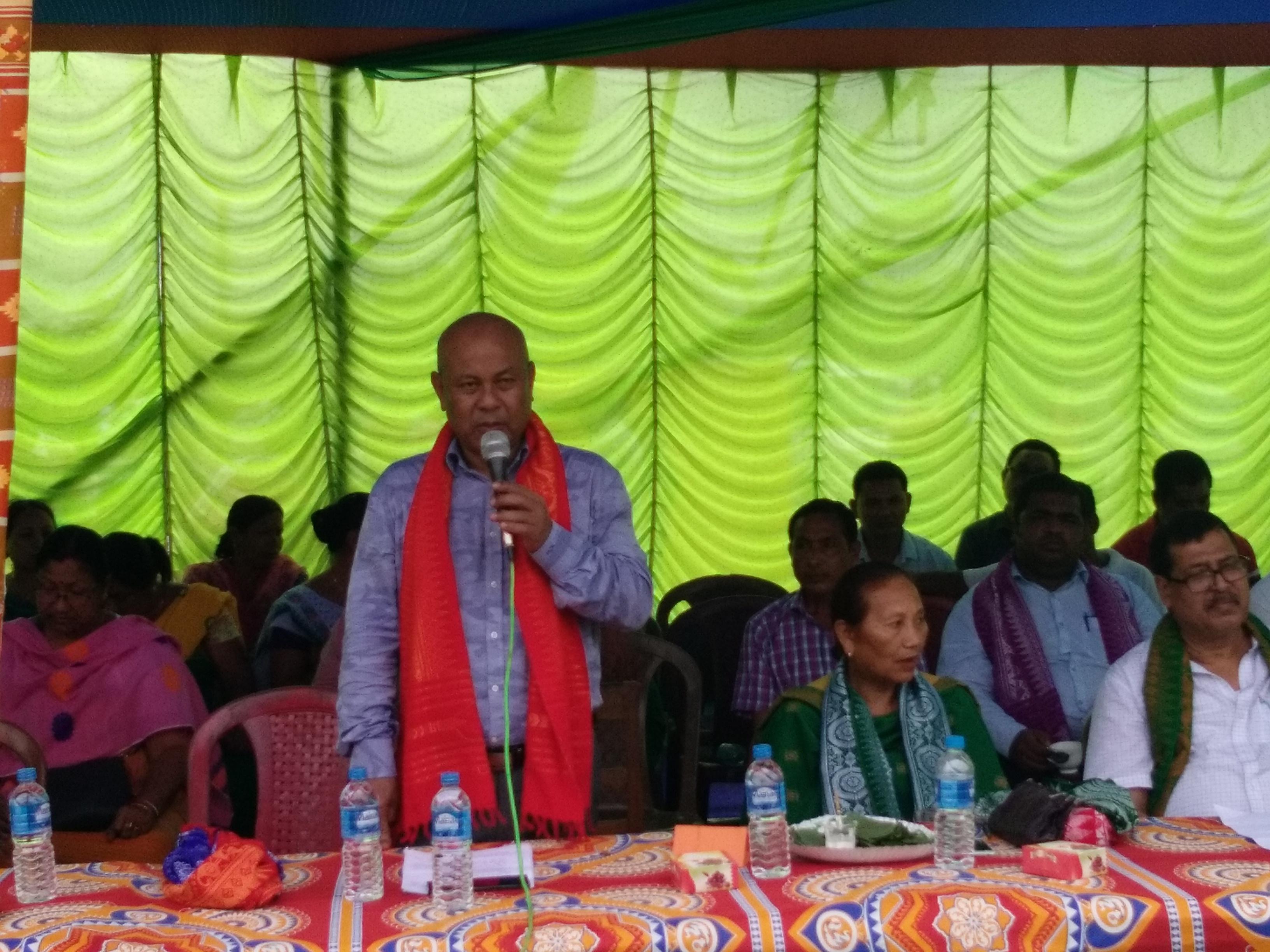 KOKRAJHAR: BTC chief,Hagrama Mohilary, Assam minister Pramila Rani Brahma and former Rajya Sabha MP UG Brahma have expressed great hope on the NRC draft of publication on July 30. The leaders have wished a healthy successful publication which is paving the way of a foreigners free state in the country. Mohilary have appealed the citizens not to be worried over the draft publication. He has appealed all sections of society not to belief in rumor and panic over the NRC draft publication. Minister Brahma said that the NRC draft publication must be under strict security observation and people must be ensured safety and security at any cost. She said that state government is working towards the welfare and development of the state .She has appealed all concerned groups to maintain peace and tranquility . 'It was a dream of the citizens of Assam which is going to publish on July 30 across the state. I do hope, indigenous peoples should not be left out from the draft ', Brahma said.Former Rajya Sabha MP and president of United People’s Party Liberal(UPPL) UG Brahma appealed all sections of people to maintain peace,harmony and tranquility in the society and said that NRC is a legal and constitutional process.Brahma, in a press statement  said that in view of the prevailing apprehension  before publication of final draft of the National Register of Citizens(NRC),the UPPL humbly appeals all sections of peoples to maitatain peace,harmony and tranquility in the society. The NRC is a legal and constitutional process,its process of updating the citizen list is conducted at the order of the Supreme Court. Therefore, any objection,correction and modification can be done through legal procedure only,not by creating tension and violence.The UPPL also appealed the government to ensure all kinds of security to human lives and properties and maintain strict law and order so that no any subversive forces can take advantage of the situation and create turmoil in the society. "NRC is not against any religion,linguistic group,caste and community;it is for having genuine citizens list and identifying real foreigners who are living illegally.", he said.

2 Jun 2017 - 3:31pm | AT News Guwahati
Journalists’ Forum Assam (JFA) expressed shock and serious concern over the murder of three journalists in five months (since 1 January 2017) in the country and reiterated its old demand for a...

14 Apr 2012 - 1:51pm | editor
Rongali Bihu begins in Assam with drumbeats to take the people into yet another realm of joy. The bihu began on Friday with cow worship. Saturday is Bor Bihu. It heralds the Assamese new year...