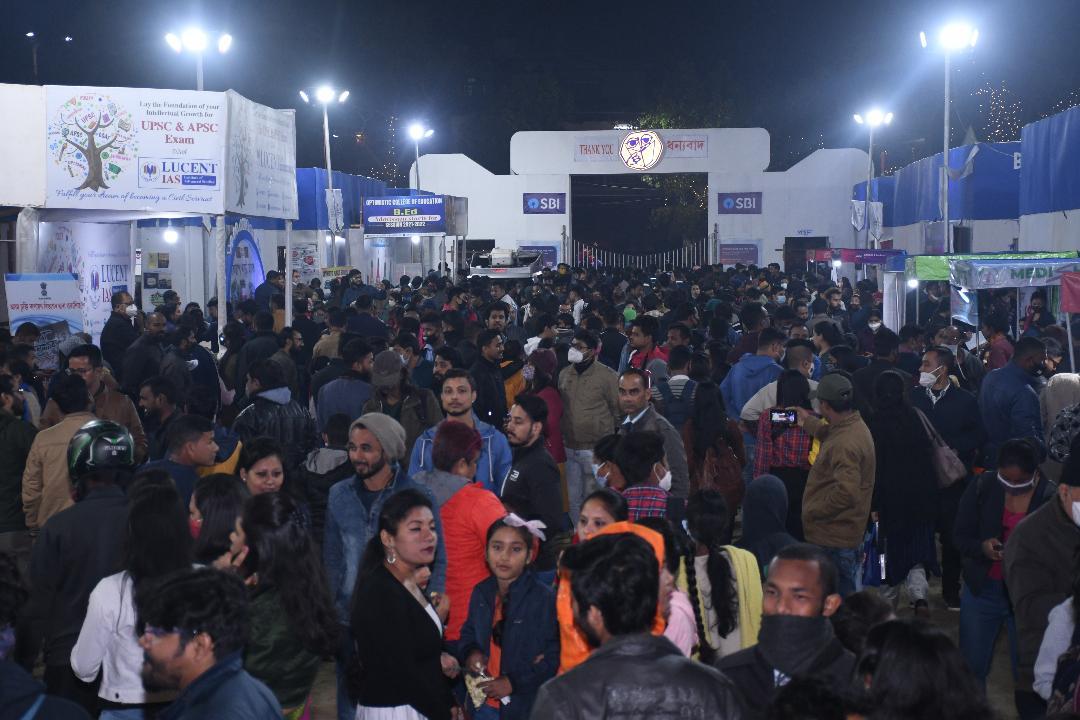 Guwahati: Amidst the Covid-19 pandemic induced national lockdown, the process of publication and marketing of Assamese books have reemerged with new approaches to the technology driven profession for the interest of valued readers around the world. The pandemic had severely affected the publication industry but at the same time it has indirectly helped in increasing the number of readers precisely among the new generation.

An intriguing session at 33rd Guwahati Book Fair, presently going on at Assam Engineering Institute playground in Chandmari locality of the city, observed many issues related to the physical publication of books & newspapers along with the positive note that more people have regained the habit of reading and many young people lately joined the list of committed readers irrespective of the paper-printed books or digital outlets. 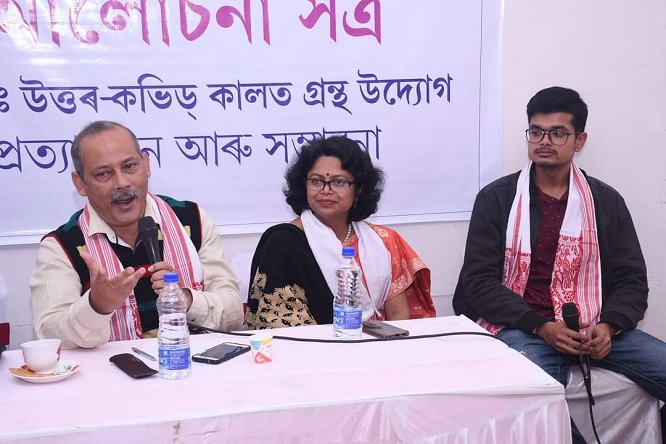 Inaugurating the session dedicated to the theme of crisis and possibilities of book publication in post-corona era on 3 January afternoon, an Assam based senior publisher Nabin Barua described the hardship faced by the publication houses across Assam, soon after the corona-pandemic hit the country early last year. He however opined that the disaster helped everyone to redefine his life in a tricky and isolated ambience.

Meanwhile, thousands of book lovers continue to throng at Guwahati Granthamela every day since twelve-day book fair was inaugurated on 30 December. Postponed two times because of political unrests in 2019 and the pandemic early this year, Granthamela witnesses the participation of over 125 stalls where the entry is made free to encourage more participations of bookworm. A number of literary discussions, book release functions and spectacular cultural evenings continue to make the ambience enthralling.

Organized by the State-run Publication Board Assam maintaining necessary health protocols due to the corona-crisis, Guwahati Granthamela emerges as an important public function in the city. Formally inaugurated by Assam chief minister’s media adviser Hrishikesh Goswami in presence of noted intellectual Tathagata Roy, renowned litterateur Yeshe Dorjee Thongshi with other dignitaries the book fair has brought desired reliefs to publishers and delights to bookworms.

“Asom Prakasan Parisad continued its activities facing various challenges during the novel corona virus induced shut down. We have reprinted 41 important books and published 31 new ones. The readers have shown significant appreciations to our efforts,” said Pramod Kalita, secretary to the publication board, which launched the book fair movement in early eighties initially in collaboration with National Book Trust of India.

While inaugurating the book fair, Goswami, who represented CM Sarbananda Sonowal in the function, commented that books are the oasis in deserts nurturing the intellectual and creative capacities of the the human race. He also conferred Asom Prakasan Parisad’s lifetime achievement award for 2019 carrying a citation, corsets, two lakh rupees check, etc on eminent Assamese scholar Dr Thaneswar Sarma. Former Governor of Tripura, Meghalaya & Arunachal Pradesh, Roy in his speech termed Assamese as a sweet language and expressed hope that the bonhomie between Assamese and Bengali people would continue in future too. A resident of West Bengal but familiar with the Assamese society, the outspoken author observed that the National Education Policy 2020 should immensely help in highlighting the regional languages and their literature.

Sahitya Academy awardee Thongshi, who is a resident of neighbouring Arunachal Pradesh and very popular in Assamese literary circle, described various challenges surfaced due to the corona-pandemic. He derived a positive note out of the pandemic with the increase of quality readers across the world. Thongshi expressed happiness that a collection of literary pieces penned by another Arunachali litterateur Lumber Dai was also released in the function.

A stall dedicated to the Bangladesh literature and another showcasing the Tibetan culture add colours to the book fair. The freedom movement led by exile Tibetans against the Communist regime in Beijing also comes alive in the stall which was opened by Tibetan support group leader RK Khrimey and managed by Buddha enthusiast Soumyadeep Datta. A strong message narrating that Tibet is the real neighbour to India (not China) continues to reach thousands of visitors to the festival venue.

20 Jan 2012 - 5:05am | Anup Arandhara
Dedicated follower of vaishnovite culture and retired teacher Minakanta Dutta of Panibil-Gumutha, near Nazira passed away at an age of 93. Besides his devotion to social work, late Dutta published...