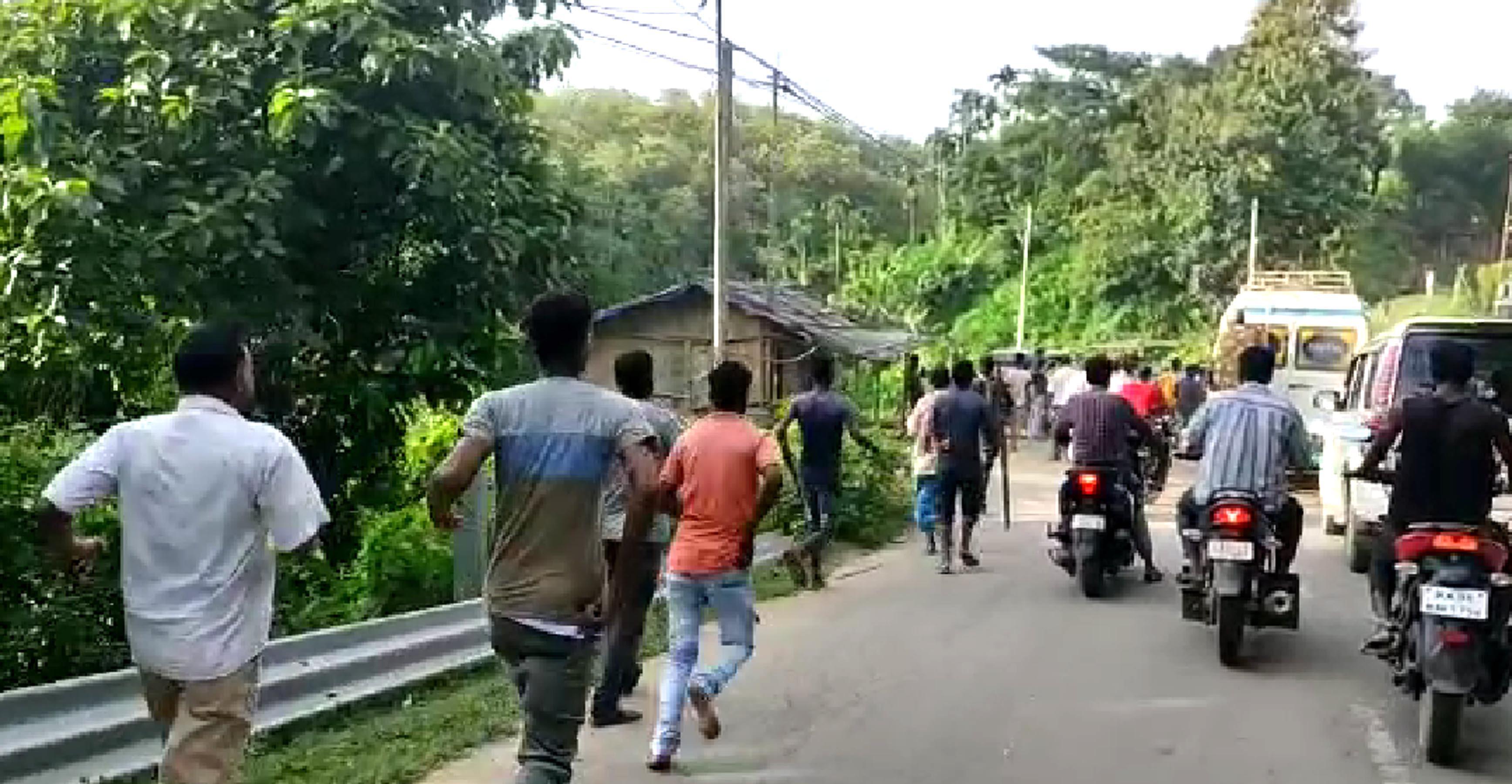 "After killing 5 Assam police personnel and injuring many , this is how Mizoram police and goons are celebrating.- sad and horrific" tweets Chief Minister Himanta Biswa Sarma.

Look at this video to know how personnel of Mizoram Police acted and escalated the issue.

6 Aug 2012 - 2:55am | editor
After a very brief silence, violence seems to have resurfaced in the BTAD areas. In a yet to string of murder and mayhem, five persons have been killed in Kokrajhar on Sunday. Three bullet riddled...

13 May 2012 - 12:30pm | Hamidul Gani
A powerful improvised explosive device (IED) was recovered by the Army on Saturday from Damra area bordering Assam-Meghalaya in Goalpara district. The IED, weighing around five kg. was recovered...