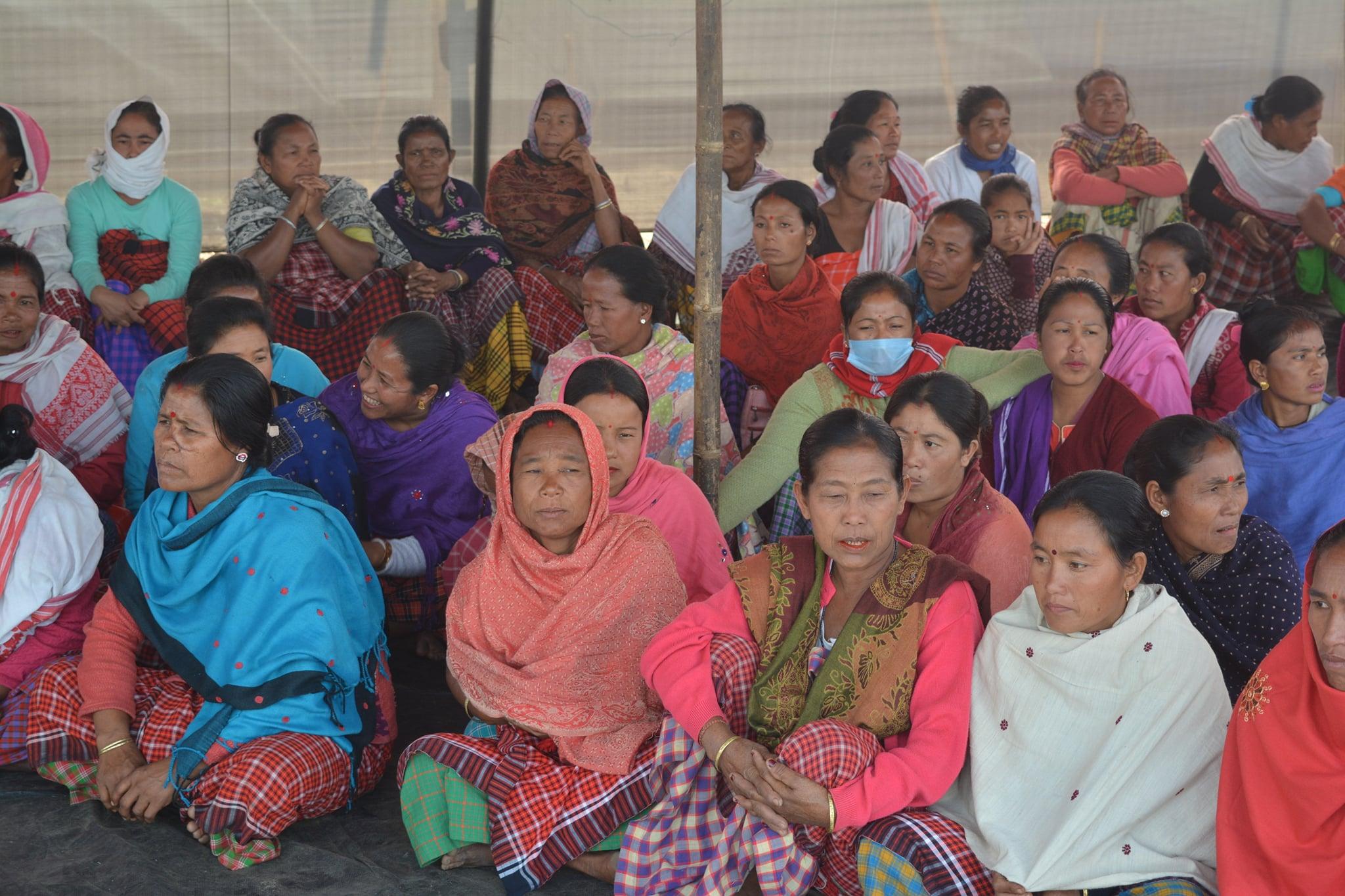 The hapless people of Lakia Dadhia, who became homeless after a massive erosion, have appealed help from people for survival. In December last year they have started a sit-in-demonstration demanding rehabilitation. Chief Minister Sarbananda Sonowal, on Sunday, in a public meeting at Jonai, Dhemaji assured that the state government would rehabilitate the people of Lakia Dadhia soon.

Earlier today, noted Assamese story teller Juri Bora Borgohain has on behalf of the helpless people asked for help. In a facebook post the the story teller said, “Laika Dadhia's people are now seen utterly helpless. They have nothing to eat except rice. I appealed to all people and organizations to extend help to them.”  In the same post she also ridiculed Chief Minister Sonowal and the AJP's president, Lurinjyoti Gogoi. She informed that one person identified as Nirlal Sukrang is now seriously ill. He has admited to the Assam Medical College& Hospital(AMCH), Dibrugah, Borgohain said. Currently, he is undergoing treatment at the Medicine Department of the AMCH.

13 Nov 2008 - 10:08pm | editor
The main Opposition Asom Gana Parishad is forging poll pact with the Bharatiya Janata Party to steal the show in the upcoming Lok Sabha polls. But both the parties have yet to arrive at a consensus...

Nazira gears up for civic polls

27 Jan 2015 - 7:34pm | SK Hasan
Nazira is all set for the forthcoming Municipal Election in February 2015. Election against 10 seats of the Nazira Municipal Board and 8 seats of the Simaluguri Town Committee will be held on...

9 Nov 2015 - 11:01pm | AT News Itanagar
Arunachal Pradesh Congress Commiitee has denied the news of 21 of its MLA’s camping in Delhi are hobnobbing with BJP. "This is an absolutely baseless allegation having no iota of truth.  We...