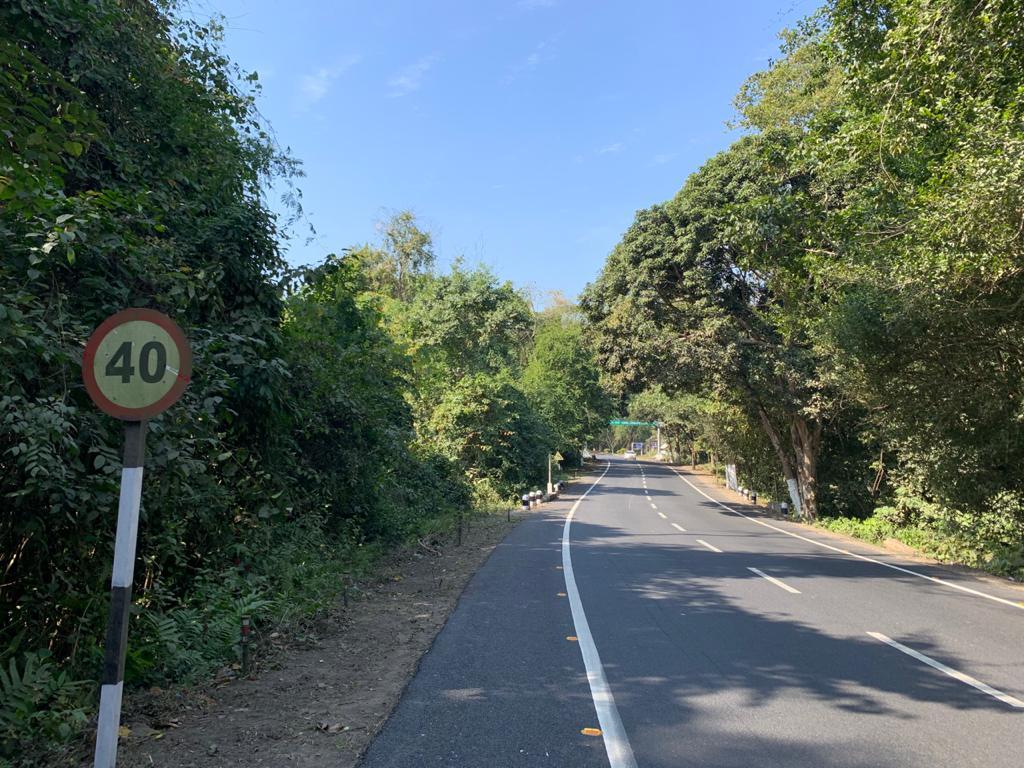 I am a psychologist, atheist, and a firm believer in education. This introduction about me is important for the excerpt to be followed. Around 8 pm I was in the middle of the highway between Dergoan and Jorhat. I along with my parents crossed Kaziranga University (KU) and after a long journey desperate to reach home (Jorhat). After a few km passed from KU traffic was moving slowly and thought it was usual as the construction of four lanes was going on.

After a few meters of slow traffic my mother cried out “hai bhagaban” soon after that I realized there was a body lying with a motorcycle. I was numb for few seconds and realized that my eyes were looking all around in search of help but could not utter a word. My car (father did not even realize that entire situation) already passed that body and followed other cars in an organized mechanical fashion. My mother again asserted “May God let the soul in peace (atmae jate xotgote lav kore). This sentence bought me back to reality. There was a rush of thoughts that passed my mind.

First of all, as an atheist, I cannot wait for God to help that person. Till my mother started explaining to my father what she saw and rationalized how we are helpless that we cannot stop our car to help that person. I got my phone out and dialed 108. The receiver of 108 heard my cry out and said that he will pass the information to the proper place and suggested me to inform the police as I am not present in that place. I call 100 and the receiver there gave me the number of Jorhat headquarter and ask me to speak with them. The speaker of Jorhat headquarter have taken all details about the location of the accident and said that they will pass on the information to the Pulibor station under which the accident spot located.

By then my parent already frecked out of me talking with the police. It's not that I am fearless and I have not thought of any negative consequences before calling 108 and 100. Then again the question arose, is it what I am educated for! I am educated and this education is of no use if I fall into trap of irrational fear (here I do not have to explain what this irrational fear is for).

As a student of psychology, I have learned the concept of the bystander’s effect during my earlier training period. Bystander effect means the greater number of people present the less likely the chance of the person receive help in distress. This was evident in this situation. On a busy highway hundreds of people and cars passed and nobody’s conscience has spoken!!! May be conscience have, but everyone thought of why me when so many other people could do something. This is called diffusion of responsibility. As someone who has studied these phenomena, I thought I should take some action.

After about 5 minutes of calling 108, I got another call from Jorhat station, who asked me the detail of the accident location and if I am still in that place. When I said to him that I left the location but feel sorry for the situation, the speaker answered me that they cannot send an ambulance since the is informer (i.e. me) not present at the location. When I insist him for help, he assured me he will send an ambulance only when he gets calls from more people who are present in the location. He also explained to me what if they send an ambulance and the patient is already taken to some hospital. Also as I already informed police, and if police reach that location, they may also call for 108 ambulances.

While I can only consol myself that I tried my best, and hoped this person is saved by police or local people there, another question raised. Is this diffusion of responsibility is only an individual behavior or also applicable to our public institutions? 108 cannot send an ambulance because they need assurance of accident from someone from the location!! Why? Just because, the locals there may have taken the victim with some other arrangements or police could help. If these help receives before reaching of 108 in that emergency location will be of no use!! And even if 108 reaches the location to find out the person is already taken to the hospital, what is the loss? A few litters of fuel!! Can’t we take this much of chances??

Though I have not seen the victim's face, except his motorcycle, his brown jacket, and the pool of blood; I just hope he will very soon turn out to be healthy to perform his all duties. The entire situation made me realized that my contribution to society is not enough and still felt helpless after trying my best. We all are responsible for the plight of the victim, the person behind the wheel of the vehicle hit him, we as public and our public institutes. We all are in the diffusion of responsibility.

Permalink Submitted by Dr. Anil Ch Borah on Mon, 01/02/2021 - 11:19
Very tragic situation. Hope finally the ambulance came and the victim has got the treatment. It seems the coordination between 100 (police) and 108 (disaster management) was the main problem. Similar situation was faced by me in December 2019 . I forgot the date. It was in truck stand, Thakur Bari, Jorhat . A middle aged woman was lying on the foot path and all the peddlers were passing by without even looking at the women except few who were just talking to each other about her as if nothing serious has happened. As I was approaching the woman I could understand that nobody has taken any initiative. I simply tried to wake up the woman but she was unconscious. I requested the nearby shopkeepers to help by providing some papers and clothes so that I can make an arrangement kind of a bed. Tried to collect some mustered oil and rubbed her hand and feet as her body temperature was too low. Slowly the inertia was broken, everyone tried to help, people called 108, and within few minutes the ambulance came. What I understood that someone has to take the initiative.

23 Aug 2015 - 6:19pm | AT News
In a recent attempt at moral policing, an Assamese News channel- Pratidin Times, depicted a news item in a voyeuristic fashion and compared women to monkeys. This led to a public outcry and a mass...

26 Feb 2012 - 3:29am | editor
Security forces have arrested a hardcore NDFB militant from Salbari in Baksa district on Saturday. Identified as Sanjiv Swargiary, he was arrested during an operation by Baska police in the wee...