Mangoldoi: AICC leader Jitendra Singh along with a few senior Congress leaders courted arrest in Mangoldoi as they were taking out a rally opposing the three farming bills.

At around 11 in the morning, Singh took the lead of the huge protest rally flanked by Ripun Bora, MPs Gaurav Gogoi, Pradyut Bordoloi in the town.

Policemen came and detained the Congress leaders and supporters. 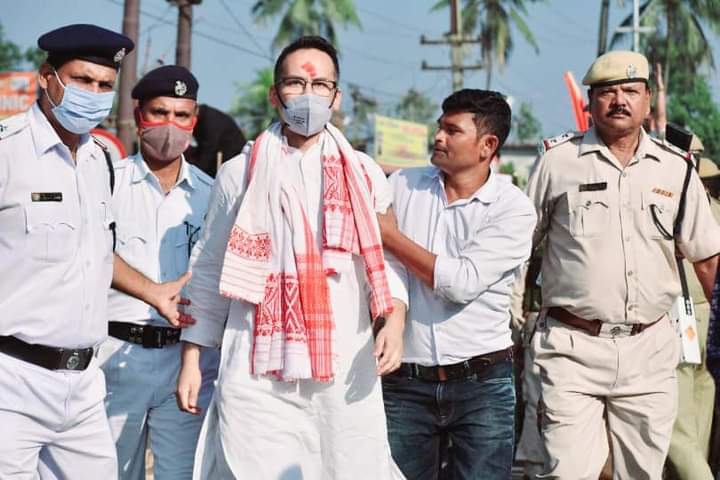 22 Jul 2009 - 8:40am | editor
The 25-year-old singer popular rock singer from Assam reaches the grand finale of an international talent hunt organised by an Australian music company. According to a music company SUTASI, Joshua...

MASS leader arrested by NIA for alleged link with Maoist