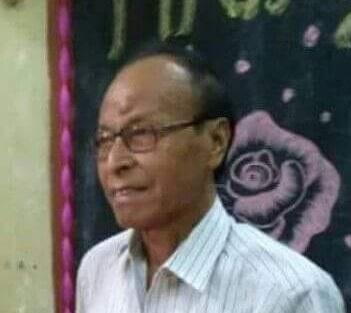 He was in his 73 and leaves behind his wife, a daughter, and host of well wishers.

He retired as Prof of Kokrajhar Government College in 2005 and continue working as Academician in his various capacity. He was among the founder of Kokrajhar Science College. He also contributed as guest faculty of Bodoland university in the department of Botany. As academician,researcher and botanist his contribution to society is immense. He was the Pioneer in ethnobotanical research of Boro tribal medicinal system.

Brahma was also a gifted singer and has audio cassettes to his credit.

His body was first taken to Bodoland university and later to Kokrajhar Government College. His last rite was performed later in the afternoon.

19 Dec 2014 - 8:51pm | AT News
Assam is on alert two days after the Peshawar incident where militants massacred over 150 students at a school. Dispur on Friday put all the districts authorities on alert to thwart such militant...

22 Aug 2010 - 6:58pm | Dibya J Borthakur
Traffic movement in the Raha town bazzar area has become extremely difficult due to deplorable road condition for the last 2 years. About 500 dwellers of Raha bazzar area are suffering badly as...