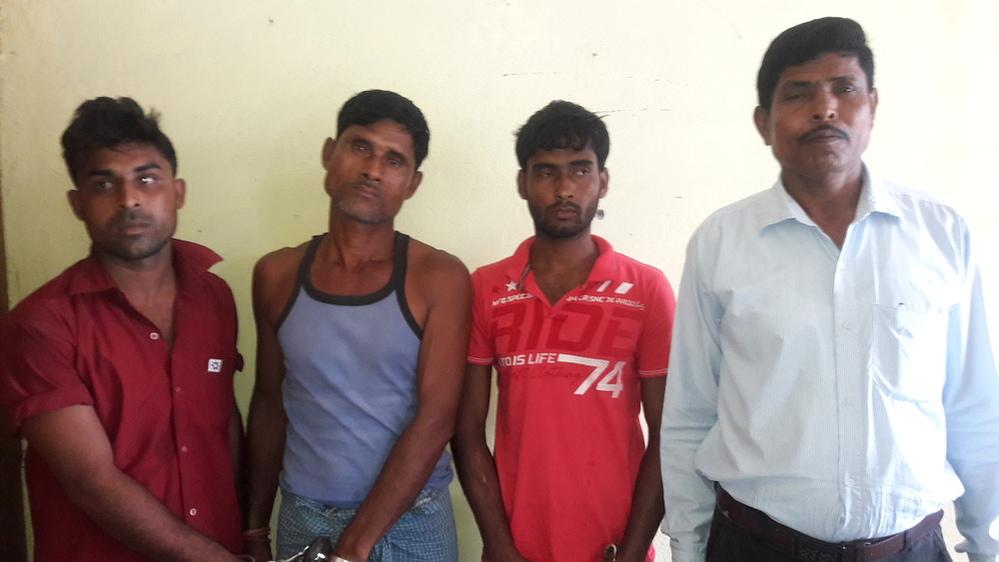 TANGLA: The Tangla Police,solving the kidnapping case of a minor girl who was missing since June 27 last,apprehended four persons and rescued the minor girl on Sunday. A team of Tangla police led by Tangla Traffic I.C,Mukut Ali apprehended the persons including a village head from Bhetapara area under Hatigaon PS in Guwahati. The apprehended persons have been identified as Gangapur village headman of Nalbari, Pahar Ulla (50),Bubul Ali(22),Ataur Rahman(23) and Bhana Ali(50).According to reports,a minor girl a resident of Sastrapara under Tangla PS was abducted by Bubul Ali(22) and Ataur Rahman(23) both residents of Gangapur village under Mukalmua PS in Nalbari from Tangla railway station. The girl’s family members had lodged a police complaint against the youths vide Tangla P.S case no.104/18  under section 366 of the Indian Penal code (IPC). Accordingly a team of Tangla police led by SI Pratap Nath and accompanied by the girls parents reached Gangapur village in search of the minor girl on June 27 last. Surprisingly,the parents and the police team of Tangla and Mukalmua were confronted by villagers in presence of the village head Pahar Ulla ,who pelted stones on police vehicle forcing the police team to flee the scene. The accused persons and the minor girl will be produced in Udalguri district court on Sunday. The girls parents and locals have  expressed satisfaction and lauded Tangla police over the action.

19 Jul 2009 - 2:34pm | Nanda Kirati Dewan
Gome a typical Gorkha name and Thapa a popular Gorkhali surname the combo Gome Thapa is no known face of Assam till toady. A resident of Durgasarbar Hill side of Guwahati, Gome has been playing this...