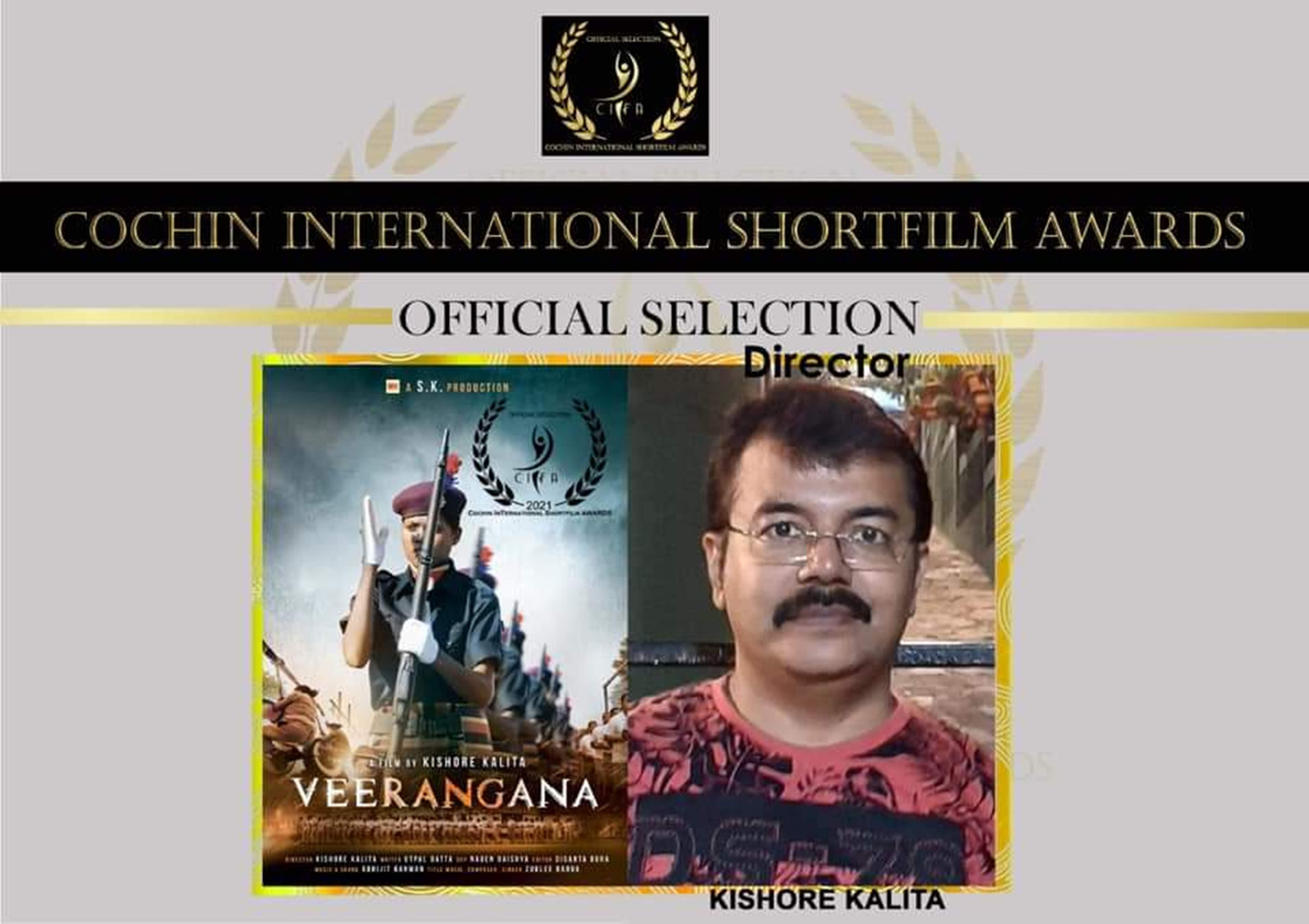 In a heartening news, the Assamese documentary film on the country’s first female commando unit ­– ‘Veerangana’, was adjudged the Best Documentary at the Cochin International Short Film Awards, 2021. The results of the festival were announced on 8.2.2021. Produced and directed by Kishore Kalita, an advocate of Gauhati High Court, the documentary portrays the all-encompassing role of Veerangana in effectively and efficiently dealing with crime against women in Guwahati.

The 21-minute documentary portrays various activities of the commando unit of Assam Police and their role in effectively dealing with crime against women in Guwahati.

For years, the police force has virtually been in a perpetual war against the rising crimes committed against women that urgently necessitated drastic measures. It was high time that criminal offences against women are very severely and seriously dealt with. With that view in mind, the present Director General of Police, Bhaskar Jyoti Mahanta, IPS, who was the then ADGP (Training and Armed Police) in the year 2012, discussed with the then DGP of Assam, Jayanto Narayan Choudhury, on the strategies of dealing with cases of crimes against women and for making the female police force strong in Assam. With that view, some women police personnel were send to Tamil Nadu to receive training in the silent arms drill, known only to US marines, and accordingly, the Assam Police launched Veerangana, the country’s first crack female commando unit in the year 2012. The young commandos were trained in martial arts, silent drill, weapon use, motorcycle riding, horse riding, etc., at the Batallion Training Camp in Dergaon, Assam.

The Veeranganas are characterised by their belief in a strong, aggressive pursuit of crime and disorder in the society. With their keen understanding of the environment that they work in and the challenges that go with it, the Veeranganas have provided women that much more confidence to go out anywhere and anytime they want. The Veerangana unit has become a huge role-model to women in Assam and the North-East.

The documentary film ‘Veerangana’ portrays various activities of the female commando unit, complemented by interviews, still photos and clips, which should serve as an eye-opener for the public. A city-based cultural activist, Kishore Kalita made this documentary film in the fond memory of his father S.C Kalita and has dedicated it to the Assam Police. ‘Veerangana’ is written by Utpal Datta, camerawork executed by Nagen Baishya, editing is by Diganta Borah, music and sound designing is by Abhijit Barman, while Ambarish Barkataky is its colourist and subtitles are written by Prantik Deka. The title song in the documentary is rendered by popular singer Zublee Baruah.

13 Oct 2014 - 6:24am | AT News
Come Wednesday. Three prominent figures from the cultural fraternity are likely to join BJP. The ruling party at the Centre has yet to formally announce it. But sources told Assam Times that singer... 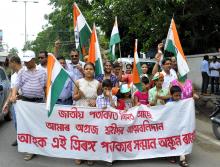