Poachers are suspected to have killed one more rhino before facing an encounter with forest guards in Kaziranga on Sunday.

On hearing sounds of gunfiring at Burhapahar range of the world heritage site, forest guards rushed to the spot and locked in a grim gun battle with the poachers at Saralibeel area in the evening. Poachers managed to flee from the spot. Details are awaited. 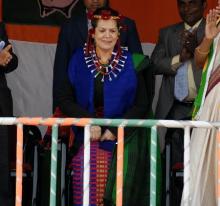 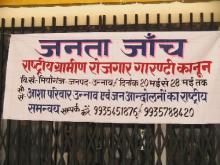 22 May 2008 - 2:35pm | editor
On the second day of training of about hundred citizens who are preparing to go into the villages f Miyaganj Block of Unnao District to conduct social audit of the NREGS, the DM Rajshekhar addressed...

8 Nov 2018 - 11:49am | AT News Guwahati
AASU activists thronging in thousands in Dispur on Thursday in Protest against the Citizenship(Amendment) Bill, 2016.