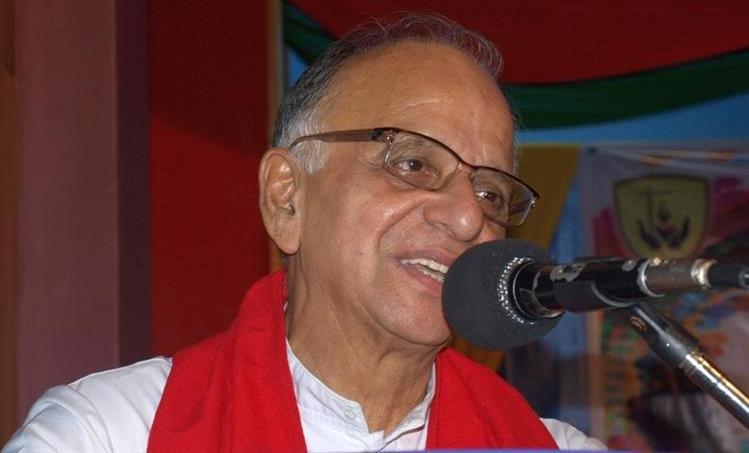 Having retired on January 18, 2012 after being the bishop of Dibrugarh for 11 years and the Archbishop of Guwahati for 20 years, Archbishop Thomas Menamparampil takes up a new assignment on February 3 for a third time, this time as the Apostolic Administrator of Jowai.

The appointment made by Pope Francis was announced at Jowai 3rd February 2014 Monday 4.30 pm.

The diocese of Jowai in Jaintia Hills of Meghalaya is a young and fast growing diocese, having been created on 28 January, 2006 with Bishop Vincent Kympat as its first bishop, whose premature death left everyone shocked.

Incidentally, it was archbishop Menamparampil who led the funeral services of Bishop Kympat two and a half years ago in August 2011.

Incidentally, it was archbishop Menamparampil who led the funeral services of the former Bishop Vincent Kympat of Jowai two and a half years ago in August 2011.

Asked about his response to the new appointment, Abp Menamparampil said, “it came to me as a surprise.”

Abp Meneamparampil raised his difficulties to ecclesiastical authorities adding the Latin dictum, "Non recuso laborem" (I will not shirk work).

The appointment came just when Abp Menamparampil and his team were most busy with a dialogue between the Karbis and the Rengma Nagas who came into conflict a few months ago.

“Dozens of villages were burnt, some 3,000 people had fled to refugee camps, and all negotiations had failed. Though gradually the Karbis began returning to their homes, the Rengma Nagas were more different. They are smaller in number, some 6,000 in all, among other communities,” says retired archbishop who engineered the peace initiative.

It was at this time that the Joint Peace Mission Team of Archbishop Thomas sought to offer their assistance.

A delegation of 15 of them went from Guwahati to visit the camps near Chokihola and Jongpha.

Other delegates came from Golaghat, Diphu and other places.

Some of the team members visited even the remoter villages.

The visiting ecumenical team which had grown in size by the time they reached the Rengma village of Jongpha sought to persuade the two groups to send their representatives to Guwahati for exploring ways of restoring normalcy in the area.

Hope for peace and reconciliation is rising in the Karbi Anglong District as the leaders of the two communities have agreed and are due visit Guwahati for the proposed meeting.

It is at this juncture that Abp Menamparampil receives his new appointment.

In November last year, Abp Thomas was conferred an Honorary Doctorate from Universita’ Urbaniana in Rome for his outstanding contribution for promotion of cross cultural thought, and peace promotion in areas of ethnic conflict.

The June 2011 issue of a popular Italian magazine ‘Il Bollettino Salesiano’ published a four-page cover story on Abp Thomas entitled ‘A Bishop for Nobel Prize’ nominating the archbishop for the Nobel Peace Prize. The nomination recognized his continued commitment to have peace, reconciliation and stability in Northeast India, an area full of territorial and ethnic conflicts.

The indefatigable messenger of peace was awarded the Maschio Lifetime Achievement Award 1998 by the Maschio Memorial Foundation (MMF) in Mumbai.

16 Oct 2008 - 2:38pm | editor
The Food and Agriculture Organization (FAO) of United Nations has recently issued a report which reveals that currently there are 75 million (7.5 crore) people in the world who have fallen victim to...