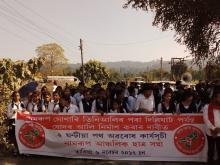 2 Aug 2011 - 1:35pm | Mowsam Hazarika
The Agriculture Department of Assam has taken several steps to promote Organic Agriculture in the State under State Plan Sector, 2010-11. In this connection, 785 nos. of demonstration programme...