A team of 26 students from the Department of Social Work, Assam Don Bosco University (ADBU) Guwahati went for a field data collection on November 5 in Mongoldoi district of Assam.  The activity was part of a baseline study on Knowledge, Attitude and Practice (KAP) among the community people towards mental illness, mentally ill persons and their families.

“The relevance of the study lies in its attempt to design needs based programme in the area of mental health care,” said Mr. Jacob Islary, Assistant Professor who lead the team.

“It also aims at influencing polices related to health for provision of care for mentally ill persons,” he added.

Dipankar a team member after returning from the field work said, “Initially I was skeptic about the whole exercise of going to the villages… Now, I am happy I went.”

Final year MSW student of Community Development Mr. Augustine Iano, was happy with the field trip. He said, “the exercise was an amazing experience and by taking part in this process, some of the aspects of mental illness and community’s perception towards it have become clearer for me.”

“Personally for me being from a Hindu background, I have come to know about beliefs and practices related to mental illness among the Muslim community and I consider myself lucky to have been assigned to work with them,” said Prayasee a first year MSW student who was placed in Sonowa Panchayat.

The team members visited homes for interviews, interviewed and interacted with community people in community common places, met and discussed with health workers and care givers on mental illness and mental health.

Before going for fieldwork, the team was given orientations by Ms. Rachel Kabi and Mr. Jacob Islary who are MSW faculty in the School of Social Sciences at ADBU, Azara.

6 Jun 2008 - 1:58pm | editor
Two ULFA cadres have been killed during a police, Army joint operation in Bhujkuchi area under Tihu police station in Nalbari distirct early in the morning on Friday. According to information, two... 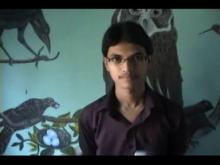 28 May 2011 - 1:58am | Juthika Das
The people of Bajali subdivision in Barpeta district again brings glory to the entire district. Prakashjyoti Kalita, of Sankardev Shishu Vidya Niketan, of Pathsala in Bajali subdivion in Barpeta...

“Assamese language had to pay price for political blunder”:Sabha secretary