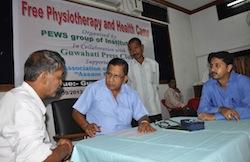 Over 60 media persons participated in a day long physiotherapy & general health camp today in Guwahati Press Club, where most of the participants recorded various ailments related to pain and restricted movement of organs.

The city based Purbanchal Educational Welfare Society in collaboration with Guwahati Press Club had organized the camp for the scribes. Organized as a mark for the occasion of World Physiotherapy Day, the event is supported by the Assam Branch of Indian Association of Physiotherapists.

6 Jun 2017 - 12:22am | Ranjanjyoti Mahanta
With an aim to create awareness among the students about the environmental related problems like pollution and also to educate them to make optimum use of the natural resources, a district level... 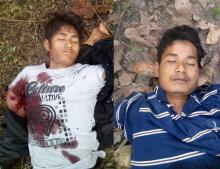 14 Feb 2016 - 6:21pm | Hantigiri Narzary
Two hard core cadre of the National Democratic Front of Boroland-Songbijit faction (NDFB-S) were killed in an encounter with security forces on Sunday at North Auzarguri under Serfanguri police...