Lackadaisical and indifferent attitude of Haflong ASEB caused serious concern among the people of Sarkari Bagan in particular and of Dima Hasao in general.

It is learnt that from last five days several residential, School and official areas of Sarkari Bagan area are in dark following damage of LT lines on Friday last. These line were damaged at Veterinary campus, Sarkari Bagan which only 500 meters from the Haflong

Power House but irony of the fact that the ASEB authority was not aware of the damage till Tuesday.

Several authorities and the individuals of Sarkari Bagan area approached the Haflong ASEB authority who instead of expedite the restoration work argued how would they be able to cover these vast area with limited staffs and inadequate repair materials,

They said disruption of power supply was not only in Sarkari Bagan area there has been damages in several areas following strong storm on last Friday.

They however assured to restore the power supply within three days.

At Jatinga the condition of people is more pathetic since a complete block having 30 houses is in dark for last one month. People of Jatinga who are always regular in paying the electric bills in time and there has been no illegal connection in the entire village but the people of Jatinga are ignored in many occasions. External Siangshai a prominent social worker of Jatinga village while expressing concern over the indifferent attitude of the ASEB authority argued why the plights of Jatinga people were always ignored and kept aside while this is the world famous Jatinga village for which the people of Dima Hasao feel proud. The worst sufferer is the students’ community of the village as the half yearly examination is coming shortly. Not to speak of the electricity, water supply is also not adequate here in the village. For a long period proper water supply was being provided to the villagers of Jatinga for the reasons best known to the concerned authority, they alleged. They have been travelling pillar to post for the remedy but none is found to be cooperative with the people of Jatinga.

It is to be mentioned here that Jatinga is famous for oranges and the bird phenomena and for this people from various places including abroad ventures here but in absence of electric and water supply they find inconvenience to visit the village.

Therefore the people of Jatinga fervently appealed to ASEB and Public Health Engineering department to take immediate action in regards to the electric and water supply. 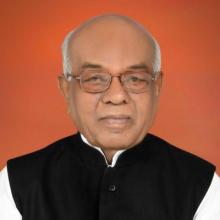 11 Aug 2012 - 4:20am | editor
There is no rift in the state cabinet on the ethnic clashes in BTAD. This was simply what AICC General Secretary Digvijay Singh said on Friday. Addressing a press conference in Guwahati, Singh said...