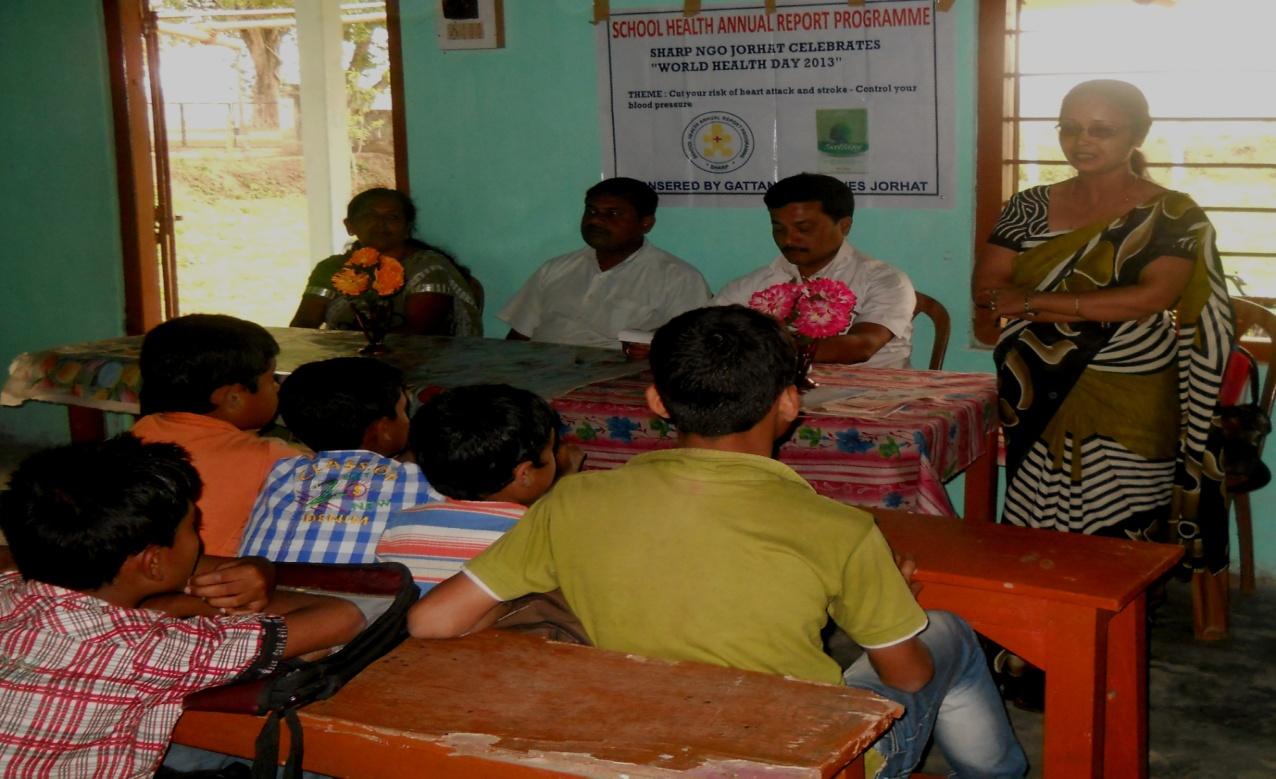 World Health Day was observed at Bahona Hindi Mahavidyalaya, Jorhat district of Assam on April 7. The event was organised by SHARP NGO and  attended by students, teachers and parents. The programmes include - awareness programme on control your  Blood Pressure cont by Doctors, drawing competition.
Prize distribution for winners With suport from Gattani Industries, Jorhat, the organisation is planning to organise similar programmes in 10 schools of Jorhat for Students of class 8th to 10th. The project aims  to bring awareness among the school going children and healthy behaviours. 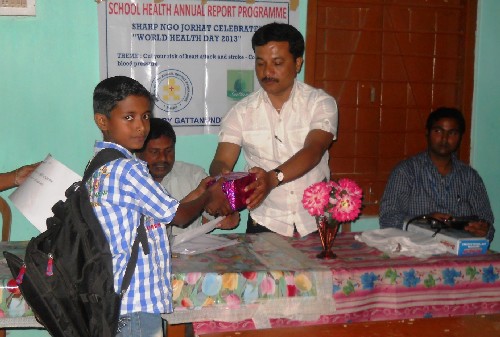 19 Aug 2012 - 3:15am | editor
NDFB(P) on Saturday alleged that arms are flooding BTAD areas which is why, trouble refuses to die down. Addressing a press conference in Guwahati, NDFB(P) leader Govinda Basumatary held AIUDF...