Delhi police have arrested a local youth on Tuesday charging him with beating up an Assamese girl in the national capital on Monday. The incident took place near the Dwaraka metro station after the victim met one of her friends in the evening. Immediately after she met her friend, a youth called her and as he looked at him, the youth started beating up her and left the spot. Later Uttam Nagar police registered a case at the initiatives of the Delhi University’s North East Cell against the accused identified as Sumit Gupta whom she knows. 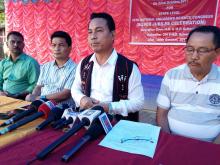 Sonowal on visit to Kokrajhar Oct 26

22 Oct 2017 - 6:12pm | AT Kokrajhar Bureau
Assam Chief Minister Sarbananda Sonowal is attending as chief guest on the inaugural session of the Silver Jubilee celebration of the National Children’s Science Congress(NCSC),Assam chapter in...

30 May 2013 - 10:10pm | Abdul Gani
The state government has constituted a one man inquiry committee headed by Additional Chief Secretary P.P. Verma, to inquire into the incident of alleged assault on the MLA of Mariani Rupjyoti Kurmi...