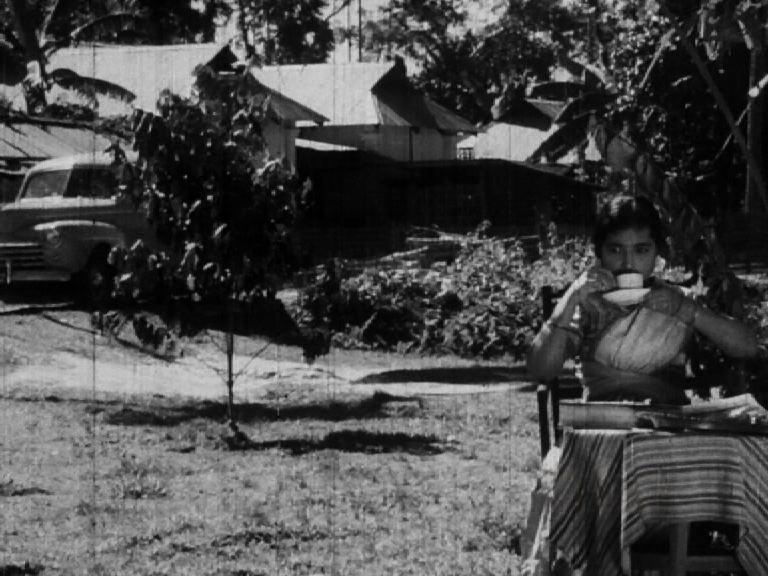 As the country celebrates 100 years of Indian cinema,, here’s a good news from Assam. The National Film Archives of India (NFAI) has digitally restored an Assamese film made in 1952, whose only print was missing for over 40 years till it was recovered in a village in Assam in March 2010.
The film, “Runumi”, written and directed by noted writer-Sattriya dance exponent, the late Suresh Chandra Goswami, has undergone digital audio and video restoration after a painstaking process of manual cleaning at the Restoration Laboratory.
NFAI, which spent around Rs 6.5 lakh in the restoration work, as also done the English subtitling of the film, and has sent a master DVD to Goswami’s grandson, National Award-winning film critic Utpal Borpujari.
A small clip of the restored version of the film, which has the complete cast & crew credit list, can be seen on YouTube at this link: http://www.youtube.com/watch?v=ZR-1Iq1bGek
The film, based on Goswami’s highly-successful stage adaptation of Henrik Isben’s play “The Warriors of Helgeland”, was the 9th film to be made in the Assamese language. Its songs, sung by Ivy Baruah, Sewali Sarma, Swarna Devi and Prafulla Baruah,  were hugely popular in its time, and it had music by Darpa Sarma, the father of Jitu of the famed Jitu-Tapan duo, and cinematography by, among others, Nalin Duarah, who had made his debut with this film.

“It is definitely heartening that NFAI has been able to save about 85% of the print that was found lying inside a steel trunk for more than four decades in the extreme humid conditions of Assam. Coming as it does at a time when we are celebrating 100 years of Indian cinema, this story of restoration of the lost-and-found film should be an example of the urgent need for people having possession of old film prints and negatives to get them scientifically restored and archived before they are lost forever,” says Borpujari.

“I appeal to all those who have in their possession prints and negatives of old films to get them scientifically archived, be it at the NFAI, or in the case of Assam, at the State Film Archives,” he says.

It is to be credit of NFAI that they could salvage about 85% of “Runumi”, given that the print was received with most reels having fungus marks, with emulsion peeled off at places, and were buckled and brittle, oily, dusty, etc.

“About 85% of the film could be salvaged due the tireless efforts by the technical and restoration staff of NFAI. The print was sent for digital restoration after the preliminary manual checking, cleaning, repairing, etc. The Restoration project had a posed a huge challenge as the condition of the film was very, very poor,” says NFAI director Prashant Pathrabe, who oversaw the restoration after the untimely demise of his predecessor Vijay Jadhav, who had taken the initiative to contact Borpujari and procure the print for restoration after he learnt from news reports about its recovery.

“The 2K Scanning was done at a very slow rate, at 5/6 frames per second. Damaged frames were corrected from the adjacent frames. This project took nearly 1650 man-hours of a restoration (digital) and expertise of our team to achieve reasonably good visual quality for viewing,” says Pathrabe.

The total number of frames that were worked upon was 1,31,061 (about 91 minutes in length) of content with 11 reels scanned and restored, out of 13 reels originally present in the title. The Reels numbered “08” and “09” could not be scanned as they had deteriorated and decomposed beyond recovery.

Incidentally, while it is believed that the film was ‘banned’ by the Assam government for unknown reasons even while it was running to packed houses in several Upper Assam towns, there is no official record of the said ‘ban’

“In fact, while we also had heard about the so-called ban, there is no documentary proof of that, even though it is a fact that Runumi’s screening was stopped even while it was running to packed houses in several towns of Upper Assam. The late Ataur Rahman, who was the then superintendent of police in Jorhat district and later served as a Lok Sabha MP, had told me after the print was recovered that there was no ‘official’ ban order as he would have among the first people to know if there had been one,” says Borpujari. But the abrupt stoppage to the screenings left Goswami in penury as he could not recover the investments.

It was around 1967 that Goswami’s brother-in-law , the late Lakshmi Borthakur, had taken the only print of the film for screening in tea gardens near Biswanath Chariali on the north bank of the Brahmaputra river, and since then it had been lying at his residence without anyone noticing it.  (The practice of screening films in an open ground in tea gardens during festivals was a popular practice in Assam for long).

While Goswami himself never followed the matter up and get the only print back with him, there was no trace of the negative of the film. After Goswami passed away in 1984, there was virtually no possibility of finding out the whereabouts of the print.

However, around 2008, Goswami's only daughter Dolly Borpujari happened to rely purely on guess work to inquire with her aunt's family in Biswanath Chariali, and after several follow ups, her cousins Bhabani and Amiya Borthakur informed her in early 2010 that the print had been found lying in a metal trunk in their house.

In March 2010, Utpal Borpujari brought back the print to Guwahati and immediately sent it to NFAI for the restoration and preservation. It took over two years of painstaking work for NFAI to get the major part of the film back in shape. “Whatever remains is in quite good condition, which probably is because it was a black and white film which degenerates much slower than colour prints, and also because the steel cans of Kodak storing the reels were really robust,” says Borpujari.

Others who can speak on Runumi:

17 Jun 2017 - 7:28pm | AT News
Five people were killed and five others are believed to have been trapped when a huge hillock slipped atop the Umiam hill in Meghalaya on Saturday. The incident took place in the afternoon when...

1 Jun 2013 - 11:02pm | Anup Biswas
A sense of tense is still running high at Mahur for 3rd day following the killing of  businessman Sudha Roy on May 29 by some unidentified miscreants at around 8:30 PM and the business community...