At least 40 people including 6 numbers of children fall sick after consuming “Prasad” consisting of grams , sprouts and coconuts during a religious programme held at Nagayapam temple in Jamunamukh under Hojai subdivision in Nagaon district of Assam on thursday night. The locals suspected to be suffering from food poisoning, complained of vomiting and stomachache, after taking the 'prasad'. As the victims fell seriously sick, they were brought to Swahid Bhogeswari Phukanani Civil Hospital in Nagaon on last night. The few affected were identified as Phanidhar Hazarika, Nitul Saikia, Bubuli Saikia, Tilok Saikia, Mahesh Saikia, Deboram Saikia etc. The children who were admitted today are still in critical state.

Food poisoning back in Sonitpur

2 Sep 2014 - 8:57pm | AT News
In a bizarre incident, over 35 people have been undergoing treatment after they consumed botched gram in Sonitpur district on Tuesday. The incident took place in Dhekiajuli where the grams... 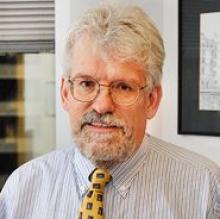