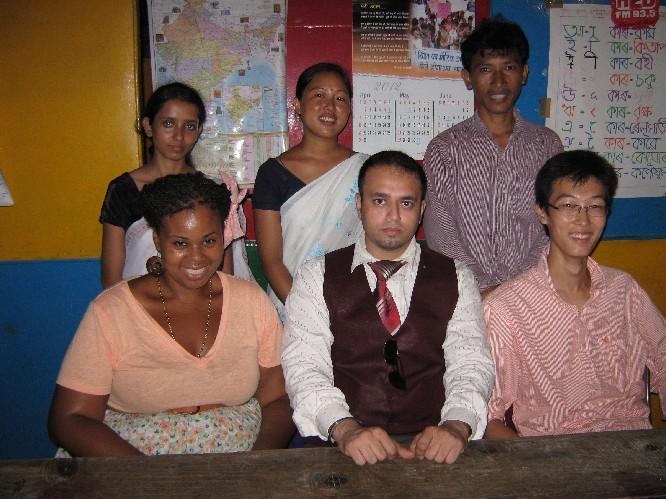 A Breast Cancer Awareness Camp was organised at Parijaat Academy in Pamohi Village near Guwahati on Friday. The camp was organised by two volunteers, Kavin Woo assisted by Deerika Hunt, both from America. The event was inagaurated by the Director of Parijaat Academy Uttam Teron. Dr. Gitartha Roymedhi, incharge, Dept. of Social and Preventive Oncology of North East Cancer Hospital and Research Institute, Guwahati was the Chief Guest. In the welcome lecture Teron said that to cancer should be treated at the initial stage but only few people among us has his basic idea and the people in remote places like Pamohi are still not aware of this.

Woo said the reason behind the camp today is to make the local people of Pamohi aware of the disease called cancer, so that they can help themselves as well as others. Dr. Roymedhi said that Cancer is an enemy of mankind and to eliminate the enemy, one should know about the enemy very well. There are still lots of false and old concept about cancer in peoples mind which should be eliminated. People should know the warning signs of cancer to detect it. Cancer is 2nd highest cause of death in the world after heart disease. Breast cancer is very common in women everywhere bur it is easily detectable and curable. They taught taught the Breast Self Examination to the women present there. He also explained the preferred treatments for the breast cancer and its complications if not treated on time. The camp was attended by the parents of the students of Parijaat Academy. Beside the parents many local people were also present.

16 Sep 2016 - 8:07am | AT News
In yet another high voltage drama that changes the state’s political landscape in Arunachal Pradesh, Chief Minister Pema Khandu and the Congress legislators, mostly, have joined People's Party of...

17 Sep 2008 - 2:12pm | editor
The killing of ULFA’s second lieutenant Sashanka Baruah stymie the on going peace initiatives if Mrinal Hazarika's strong message to Army is any indication. Hazarika, who is leading ULFA's pro...

23 Mar 2020 - 6:29pm | AT News
Guwahati: Even after COVID 19 has not afflicted the state,  a 5 days lock down is in place across Assam from Tuesday to keep the killer virus at bay. State health minister Hemanta Biswa Sarma...