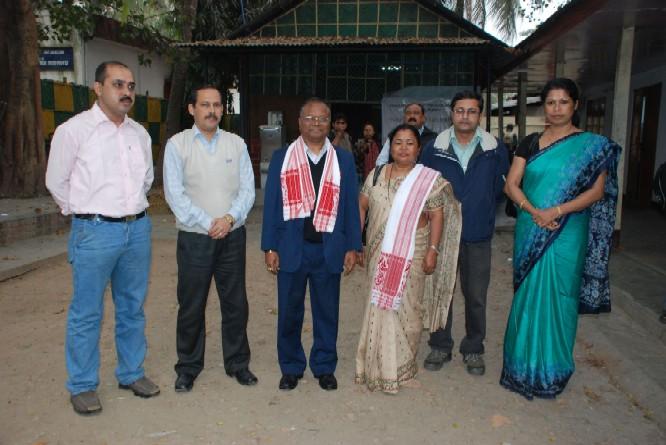 The winners of 1st Birsingh Majhi Media fellowship were felicitated at a brief function today (Feb 21) at Guwahati Press Club, where three fellows were given away their financial dues. The State minister Prithibi Majhi, who offered the media fellowship in his father’s memory, was also present at the occasion with his wife Dr Tarulata Kakati Majhi, who works as vice principal of Dibrugarh Nursing College.

The series of fellowships covered a comprehensive study on tea industry with fish production and the role of women journalists in Assam. Prabal Kumar Das of The Assam Tribune studied about the present condition of tea plantation workers in Assam, where as Arup Jyoti Mahanta of Dainik Agradoot had researched on various aspects of commercial fish productions in the State. The fellowship on ‘Women in Mainstream Media’ was completed by Sabita Lahkar, an independent journalist based in Guwahati.

While appreciating the initiative of Guwahati Press Club, the State Revenue and Labour minister expressed hope that the fellowship would help the journalists to understand the particular issues in a better way. Mr Majhi also assured that the fellowship will continue this year as well with different theme and focus areas.

Nava Thakuria, secretary of the press club declared that the final outcome of all the fellowship programmes will be compiled and published in a book by the end of the year. 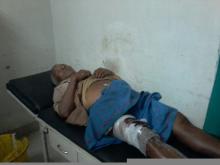 16 Sep 2015 - 5:53pm | Hantigiri Narzary
At least 13 persons including two nine month's- old babies were sustained serious injured when a public bus met head on collision with Mahindra Max Van at Batabari near Joypur along the national...

12 Jan 2018 - 6:35pm | AT News
KOKRAJHAR: The police have arrested Budhiram Hembrom a month after he allegedly killed Gohai Murmu in Dhordhora village near Kachugaon in Kokrajhar district.  According to police, Hembrom is the...

12 Dec 2015 - 12:35am | Sanjib Kumar Borkakoti
Society for Srimanta Sankaradeva, a global organisation engaged in promoting the legacy of Srimanta Sankaradeva is organising an event on January 3, 2016 at Nagaon to create awareness about the river...