6 Dec 2017 - 7:17pm | AT News
Kokrajhar: Only a few days are left to publish the NRC draft. The government and contractual employees deployed in the statewide operation have stepped up the verification process in BTAD areas along... 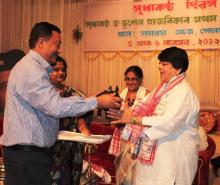