In 1916, a boy reportedly beat and thrashed one of his British professers E. F. Otten in Presidency College, of then Calcutta. The professor made a racist remark against the Indian students. Result, the boy was expelled from the Presidency College and banished from Calcutta University. The incident brought him in the list of rebel Indians. Later in life he was placed fourth in the Indian Civil Service Examination with highest marks in English. This boy is none other than Netaji Subhash Chandra Bose.

I would like to ask the student who tried to commit suicide because of the torture and insult meted out to her by the vice-principal of her school for speaking in her mother-tongue Navanita Das, not to be cowed down by such educated fools. Self-respect and self-dignity is higher than any man-made educational qualification. Morever we should respect a person not by his or her age, but by their karma (deeds and principles). Are the teachers and principals of today’s schools preparing proud citizens of India or training students for call centre jobs to cater to US clients? Instead of acts like attempting suicide, the youth should take on people like vice-principal Gitanjali Pathak. These people are indulging in nuisance like writing a 1000 times ‘I won’t speak Assamese’ because we are allowing them. Seems students not only need psychologists but also legal counsellers to stand against such obnoxious, ridiculous practices in our so called ‘educational’ institutes. Any authority in any school, college or university found to be working against the interest of any Indian language can be charged with violation of Article 19. 1. (a) and provisions in the Article 350 enshrined in the Constitution of India.

Malpractices like ‘students must speak in English only or face punishment’ is going on in several schools in Guwahati and other parts of the state. Gurukul Grammar school is just one of the type. Again in many central schools, Hindi is forced upon the students inhibiting the growth of mother-tongue of the child. Civil bodies like student organizations and various literary bodies of the state can carry out an investigation in this regard. English is the language used in paper for various purposes in India. Any person or persons who try to go beyond this limit can be charged to be involved in unconstitutional activities. 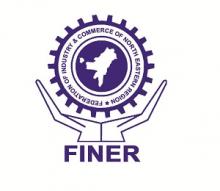 30 Oct 2015 - 4:01pm | Mitali Kotoky
A seminar  on Goods and Service Tax (GST), a significant taxation reform in India which is set to create a single unified Indian Market, is being organsied by Federation Of Industry &...

12 Nov 2011 - 6:53am | Anup Biswas
As decided by the Government of Assam, the District Administration of Dima Hasao District, Haflong has arranged for the public to pay Homage to the departed soul of Late Dr. Bhupen Hazarika on...