The formation of a Congress-led government in Mizoram has brought a number of problems for the people of the neighboring state of Assam.

The Bhuvan Pahar, one of the most holy places in Barak valley of Assam has come under the threat of miscreants for last two months... Gun totting members of a newly formed militant organization, namely, Manmasi National Christian Army (MNCA), comprising about fifteen rebels, has been forcing the Hindu residents of Bhuvan Pahar, under the threat of gun to convert to Christianity.

This came to the notice of Sonai police station, which along with the 5th Assam Rifles, conducted a search operation, which led to the arrest of 13 miscreants, including their commander-in-chief. Two SBBL guns and a country made pistol along with sufficient quantity of ammunition were seized from their possession. All the miscreants were handed over to Sonai police for further investigation. These groups of miscreants dressed in black with a red cross on their back along with arms enter from Tipaimukh area through Barak River by boat and mount over Bhuvan Pahar. They threaten and ask the Hindu people of Tezpur village, including the priest of the Hindu temple to convert into Christianity.

Sources further said that the pressure from the Hmar militants began about two months ago, when the Congress-led government by Lalthanhwala came into power in the state of Mizoram. At least seven to eight Hmar youths were frequently visiting Bhuvan Pahar, which had nearly 700 Hindu people as well as eight Hindu temples. These youths approached with gun in one hand and the Bible in the other. They had a meeting with the villagers in Tezpur village on the Bhuvan Pahar and distributed Bible among them. They had also built on a Church in Tezpur village.

Meanwhile, Rajkumar, priest of the Naga Mandir on Bhuvan Pahar informed the Vishwa Hindu Parishad (VHP) members that he was forced by the Hmar to show them the tracks on the Pahar at gun point. Further, the Hmar posted a flag, a tabloid and a Holy Cross on the wall of one of the temples bearing date May 29, 2009;

The VHP leaders were shown the video footage containing the Hindu temple, which had blood stained Holy Cross symbol. A local resident of the area said that pilgrims from various parts of the country had been visiting Bhuvan Pahar since the year 1816, but now Christians were forcing the Hindus to Convert. These Hmar youths come from Mizoram and they have powerful patrons behind them. The VHP had asked the local administration to arrange for the security of the Hindu temples, priest as well as the Hindu residents there.

Permalink Submitted by dama on Sun, 28/06/2009 - 11:44
So, in other words, Mizoram govt. is responsible for the pathetic administration of Assam. The way I see it, the citizens of Assam should get rid of their pathetic govt that doesn't protect its own land rather than try to blame other states for their troubles

Permalink Submitted by SouthMizoram on Mon, 29/06/2009 - 17:46
Hm, how can Mizoram government be responsible for this?? Hmar are an indigenous tribals of Northeast India. They are found in Manipur, Mizoram, Meghalaya, Tripura and Assam. The problem faced by Assam is Hmar militants perhaps from North Cachar Hills District. Assam must deal its own problem. Why blame Mizoram government. Pathetic news and irresponsible news reporting!

15 Oct 2014 - 7:41am | AT News
Delhi police have arrested a businessman acting on an allegation that he trafficked a woman from Assam to the capital ten years ago. The 25 year old woman further alleged that during this period she... 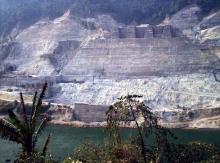 Breakage at the Subansiri Dam

15 Jun 2008 - 3:30am | editor
The cofferdam of the 2000 MW Subansiri Hydropower Project has breakage at around 11.30 AM this morning. Due to this, water level at the Subansiri riverbed has suddenly risen up and washed away...