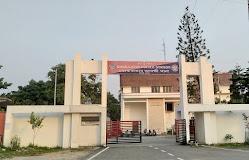 Three individuals, including former MLA and senior BPF (Bodoland People's Front) leader Hitesh Basumatary, were arrested by police in Baksa district after a search operation at Basumatary's residential complex resulted in the recovery of a large cache of illegal arms and ammunition. The recovered items included an AK rifle, an M-16 rifle, and 135 rounds of live ammunition. The other two individuals arrested were Daorao Dekhreb Narzary, working president of the Bodoland Janajati Suraksha Mancha and former BPF leader, and Bikram Daimary, a contractor from Udalguri district. The three have been charged with conspiracy to form a new armed organization in the region and have been produced in court. Two of the individuals have been remanded to police custody for five days, while Narzary has been sent to jail. The investigation is ongoing and additional information is expected in the coming days.