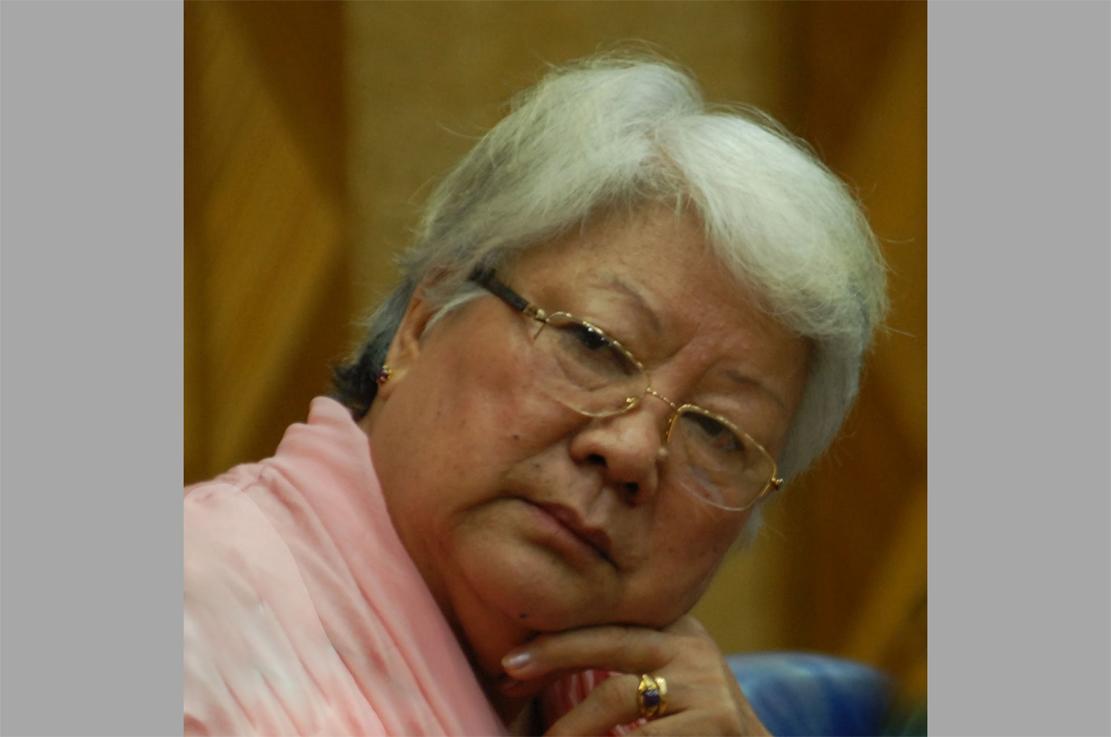 Helsinki, October 9, 2022: I was at our terrace this afternoon. My partner Salla opened the back door, and with a combination of shock, bewilderment and sadness told me, "Bruno Latour has died." Very central to her work, his passing is a major event in Salla’s life.

A few hours later, I learnt Padma Shri Professor Temsula Ao is no longer with us.

Two people who, through the lives that they lived and the work that they did, enormously influenced a wide range of people.

I won't talk about Latour. But a few words about Temsula baideu, as we called her. Baideu is elder sister in Assamese. Incidentally baideu’s “These Hills Called Home: Stories from a War Zone” was the first book I had given Salla when she wanted read English literature from the region.

Among the earliest writers in English from India's northeast to create ripples in the literary world, baideu was a natural weaver of tales. Not just in writing. It was a delight to sit with her and listen when she narrated stories from her childhood, or talked about the quality of food in a restaurant or of her travels. In that soft soothing voice, speaking a hearthy combination of Nagamese, Assamese and English. Measured and articulate, even in banter. She was judicious with words, like an ancient wise soul. And we used to laugh. A lot.

When she learnt of my Golaghat roots at our first meeting, she exclaimed, "Arey! Ghoror lora dekhun (you are a lad from home)!" Baideu spent her schooldays in my hometown. She was very attached to Golaghat and knew many of the local families. It was, according to her, one of her homes. From the moment she established that connection, it was a constant flow of story after story that we shared. The most remarkable aspect of our interactions, for me, was the multiple roles that she played. To me she was a village elder, an incredible storyteller, a mother figure, big sister and a friend, all at the same time.

She had a way of talking about things. Unobtrusive, but hard hitting. I remember one about when she would go home to her village for Christmas holidays while at school in Golaghat. It took at least two days. Carrying days' worth of food. Starting from Golaghat in the morning, first they would get themselves to the bordertown of Mariani by the evening. "We would stay the night at the godown (warehouse) of the mahajan," she said. Mahajan was the Marwari trader. He was always kind and helpful, she added.

Before dawn the next morning, they would set off on foot and could get home that very evening if all went well. Any delays and they would have to take shelter for the night in another village on the way before finally making it home. Then she paused for a moment and said, "Tetia morom asile o, manuhor majot (there was affection among people in those days)." This was a comment about identities, divisions and relationships in the region, something that we were discussing that day. It was her way of making a comment.

Baideu did not like to be "political" all the time. But made her political position abundantly and fearlessly clear when needed. One day, when someone asked if she considered her writing political, she replied, "I don't like to be political all that much. I don't write about political issues, or write to be political."

She just wrote. And told stories. Raw, powerful, stark, beautiful and delicate stories. Stories of the past, stories of our times and stories for the future. Stories of all of us.

Kazu I loved your Ao and

Permalink Submitted by Rakhee Moral on Thu, 27/10/2022 - 17:42
Kazu I loved your Ao and Latour piece … they both in different ways touched our lives. Your insight into Temsula Ao’s life via her own anecdotes and accounts brought out a side of her I didn’t know of. I too hope the two October souls will catch up along the river ways into sunshine and light that they spread among everyone they touched…

23 Nov 2008 - 3:36am | editor
Some unidentified miscreants shot dead a journalist in the heart of the Kokrajhar town on Saturday afternoon. The journalist, Jagjit Saikia, was working as a correspondent of the Amar Asom, a...

13 Nov 2010 - 3:35am | bishwajeetsinha
The people of Jamunmukh town are having harrowing time while traveling by road from Nagaon-Hojai belt as the main connecting road from Saru Pathar to Jamunamukh is having big holes, where not...