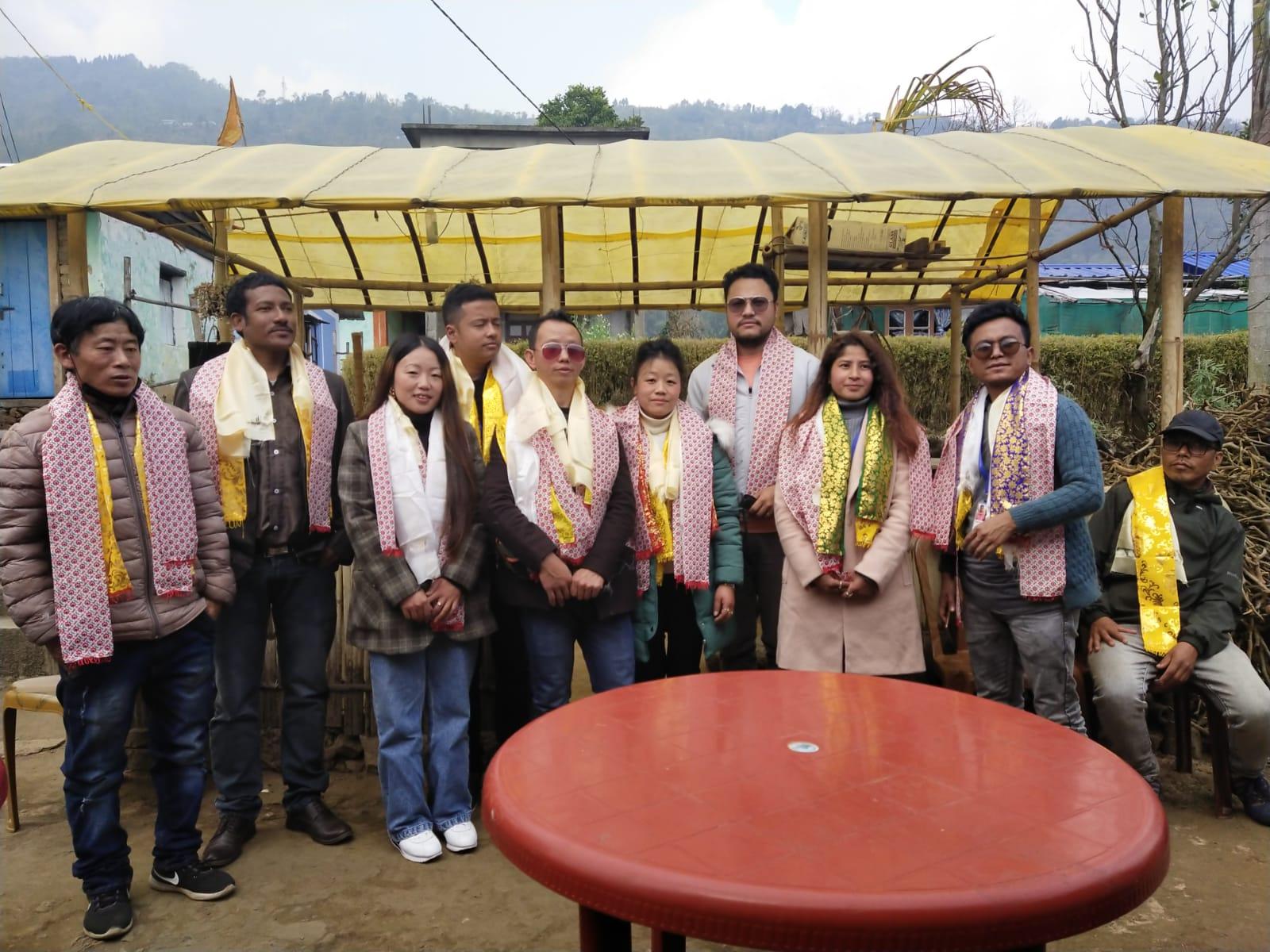 In a post-covid outreach effort to connect with the local community, Radio Salesian journalists made their first attempt and reached one of the far-flung tea garden in Mirik Sub-Division, some two hours' drive from Sonada.

Upon reaching Murmah Tea Estate, the Radio Salesian team members were received with traditional khadas (scarf) and welcome greetings from the residents of Murmah.

Radio Salesian regular listener and caller Laxmi Pradhan of Murmah expressed her happiness and love for Radio Ralesian and the RJs.

In the inter-active session with the community members, RJ Samir proposed the concept of Radio Club and its benefits and other features to which the residents responded in a positive manner.

The Murmah Tea Estate community gave feedback on the shows that RJs conduct as well as suggested ways to improve radio programmes.

The community outreach programme provided an opportunity to make a total 9 shows which will be aired in the coming days.

Radio Salesian 90.8 FM - The Voice of the Hills - functioning from 2016 from Salesian College Sonada is the first Nepali language broadcasting community radio in India. END

29 Jul 2012 - 2:53am | editor
BJP on Saturday sharpened attack on Prime Minister Manmohan Singh a day after Assam Chief Minister Tarun Gogoi blamed the Centre for delayed action to curb the violence. The party also accused the...