23 Mar 2016 - 8:56am | Shajid Khan
Preparing itself for the next Assembly election, the ruling Congress goverment has blown its trumpet at 64 No. Panery LAC of Udalguri district, one of the strong hold of the BPF party. Chief... 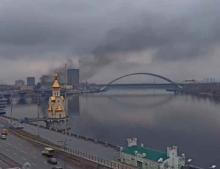 24 Feb 2022 - 9:22pm | AT News
Guwahati: The Assam government is building contact with the ministry of external affairs to evacuate as many as 100 people who are trapped in the Ukraine warzone. Chief Minister Himanta Biswa...