Nagaon: A local court in  Nagaon has sent Aminul Islam to 14 days judicial custody on Tuesday after the police arrested the AIUDF MLA for spreading false rumour on quarantine.

When the police produced the MLA from Dhing before the Chief Judicial Magistrate producing evidence against him, Islam had no  convincing statement to counter it and then he was thrown to the Nagaon Central Jail.

Earlier on Monday night a team of police picked up the senior AIUDF leader to the police guest house where he was grilled for nearly 2 hours.

Islam was quizzed after he told one of his aacquintance that the isolation wards set up by the government are like the detention camps alleging a conspiracy to kill a section of the people.

He further said a couple of days back that the government is targeting a particular community in the name of campaign against COVID-19.

2 May 2014 - 12:31pm | AT News
Chief Minister Tarun Gogoi seems to have felt the heat of the ethnic frenzy that has claimed 12 lives in BTAD areas within the last 24 hours.ULFA’s anti talk faction has condemned the attack on the... 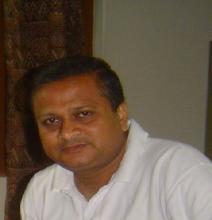 29 Nov 2016 - 2:41pm | AT News
The Journalists’ Forum Assam (JFA) expressed grief at the demise of Sukhendu Bhattacharya. Bhattacharya breathed his last on Sunday. The former PTI scribe was suffering from various...

7 Dec 2017 - 7:12pm | AT News
Kokrajhar: More and more people are pouring in to participating in the ongoing prayer and healing festival at Titaguri Bhawanipur ground in Kokrajhar district who keep praying for peace and integrity...