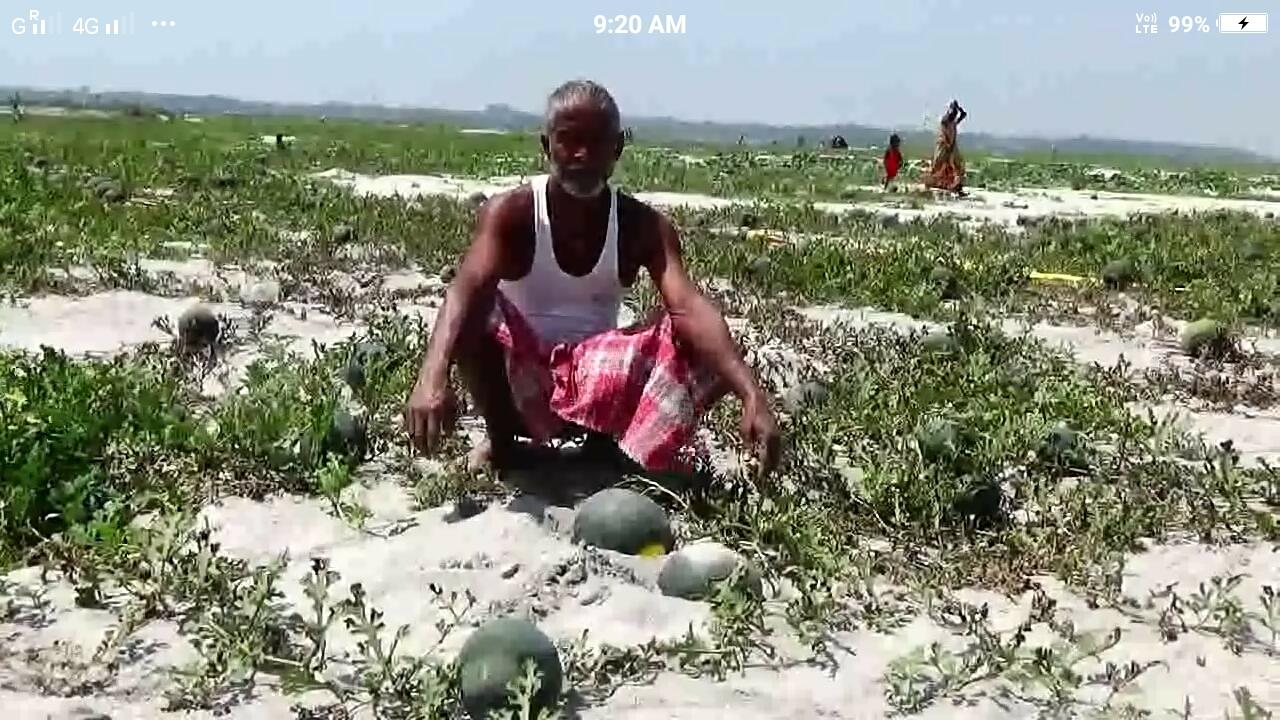 KOKRAJHAR: The 21 days nation wide lock down has brought no less miseries for the farming fraternity where the measure to keep a killer virus at bay hurt heavily the staple means of their livelihood.

The small farmers from Tamarhat area who produced a handsome quantity of fresh vegetables on the river bank of Gangadhar in Dhubri have been bearing the brunt of the lock down that is expected to end on April 15.

A huge consignment of water melon produced by don’t of their back breaking toil now has no taker and has started rotting helplessly. The reason is the lock down where shops and markets have been remaining closed since March-end. Otherwise, these could have fetched huge income from the markets along the Assam-West Bengal border.

The cultivators, mostly, have poor economic background and invested no less amount of money to grow watermelon to reap rich harvest in this season.

Talking to Assam Times, Ram Prasad, Mangal Choudhury, Rama Bala, Lakhan Choudhury,Makshed Ali,Chirajj Ali deplored that they are totally disappointed. “We invested money, Did hardwork defying red sun. But the lock down has poured water on our hopes. We are at our wit’s end,” they said shedding tears.

“We have incurred huge loss of several lakhs since out products are no longer fresh for sale. We were not aware of the PM Crop Insurance scheme to meet the loss," said the beleaguered farmers.

"The crops are the only hopes for livelihoods in the remote river bank. But, this time we are very much upset because of the nationwide lockdown to fight the COVID-19 outbreak," Prasad.

They rued that no government officials have reached out to them to get wind of their miseries. They urged the government to compensate the loss.

Gogoi visits Darrang, Udalguri to pave the way for normalcy

9 Oct 2008 - 10:31pm | editor
Assam Chief Minister Tarun Gogoi on Friday visited the violence-hit areas of Udalguri and Darrang districts in where at least 62 people were killed, hundreds of houses torched and over one lakh...