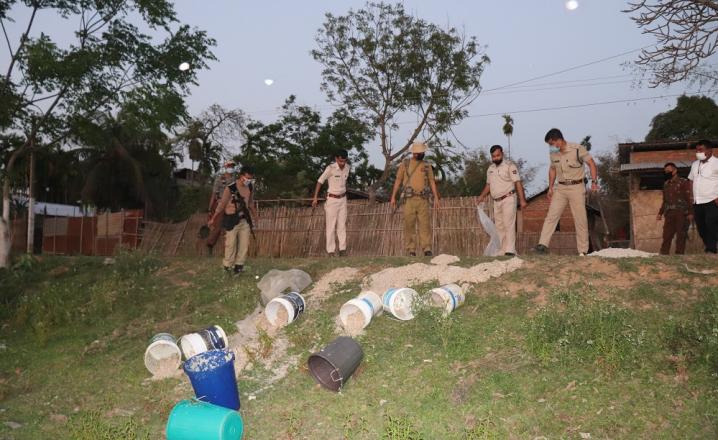 Amid the killer corona menace, the authorities have stepped up activities to firmly deal with illicit liquor racket.

A huge consignment of illicit liquor has been seized and destroyed by Police in Duhnoi on Monday.

7 Nov 2013 - 10:29am | AT News
Yet another alleged incident of gangrape struck Guwahati. The main accused is in police custody. The incident took place at Maligaon where three youths allegedly gangraped and assaulted a...

1 Jan 2009 - 10:48pm | editor
Two persons died and nine others have been injured when a powerful bomb exploded at Bhagagarh area in the city on Thursday. That too minutes before the arrival of the Union home minister arrived in...

17 Jan 2009 - 5:27pm | editor
Over 45 people had a miraculous escape from a major disaster when the flight they were boarding landed under emergency conditions at the Kolkata airport here early on Saturday as one of its engines...