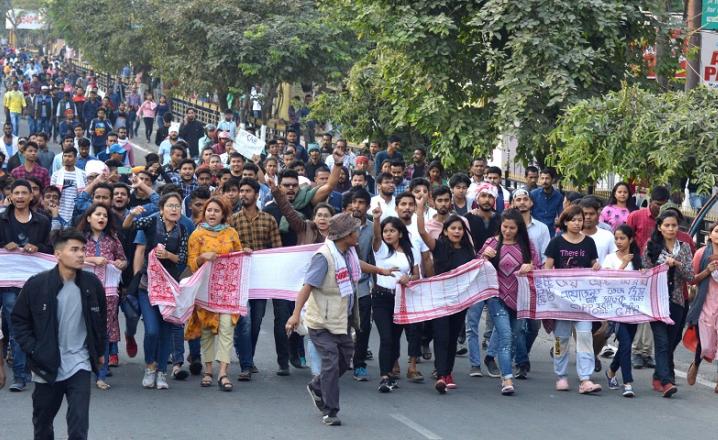 This is copied from a netigen from Assam clarifying the protest against the Citizenship (Amendment) Bill 2019 (CAB).

Ever since the CAB is passed in Lok Sabha, massive protests erupted all over the state of Assam. Non-Assamese people, living outside Assam, are confused as to why are they protesting?

Is it their love for secularism or is it a left liberal agenda, sponsored by external agencies? Are they generally protest-happy folks without jobs or there are genuine concerns that we, non-Assamese people, don’t understand?

Let me clarify it.

That’s why we are protesting.

BJP was voted to power in Assam for flawless execution of Assam Accord which AGP and Congress failed to implement. They also promised identification and deportation of illegal Bangladeshis. But with CAB, we are now forced to accept the burden of legalized Bangladeshis. This feels like a betrayal.

And that’s why we are protesting.

Dear BJP ...I respect your political acumen and oratory skills but there are a few direct questions that you need to answer without indulging in whataboutery

May be there is some greater good that we have failed to see or understand. We are open to a logical explanation but not some roundabout rhetoric whataboutery about AASU, INC, AGP, or Assam becoming another Kasmir. Hope you will honor the mandate of people and convince us about CAB soon.

Till such time we will keep protesting. 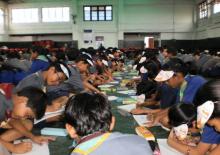 25 Jun 2015 - 10:08pm | AT News
Union home minister Rajnath Singh will be on a stock taking visit to Dhubri on June 29. During his two days visit, Singh is scheduled to take stock of the Indo-Bangladesh border fencing work....