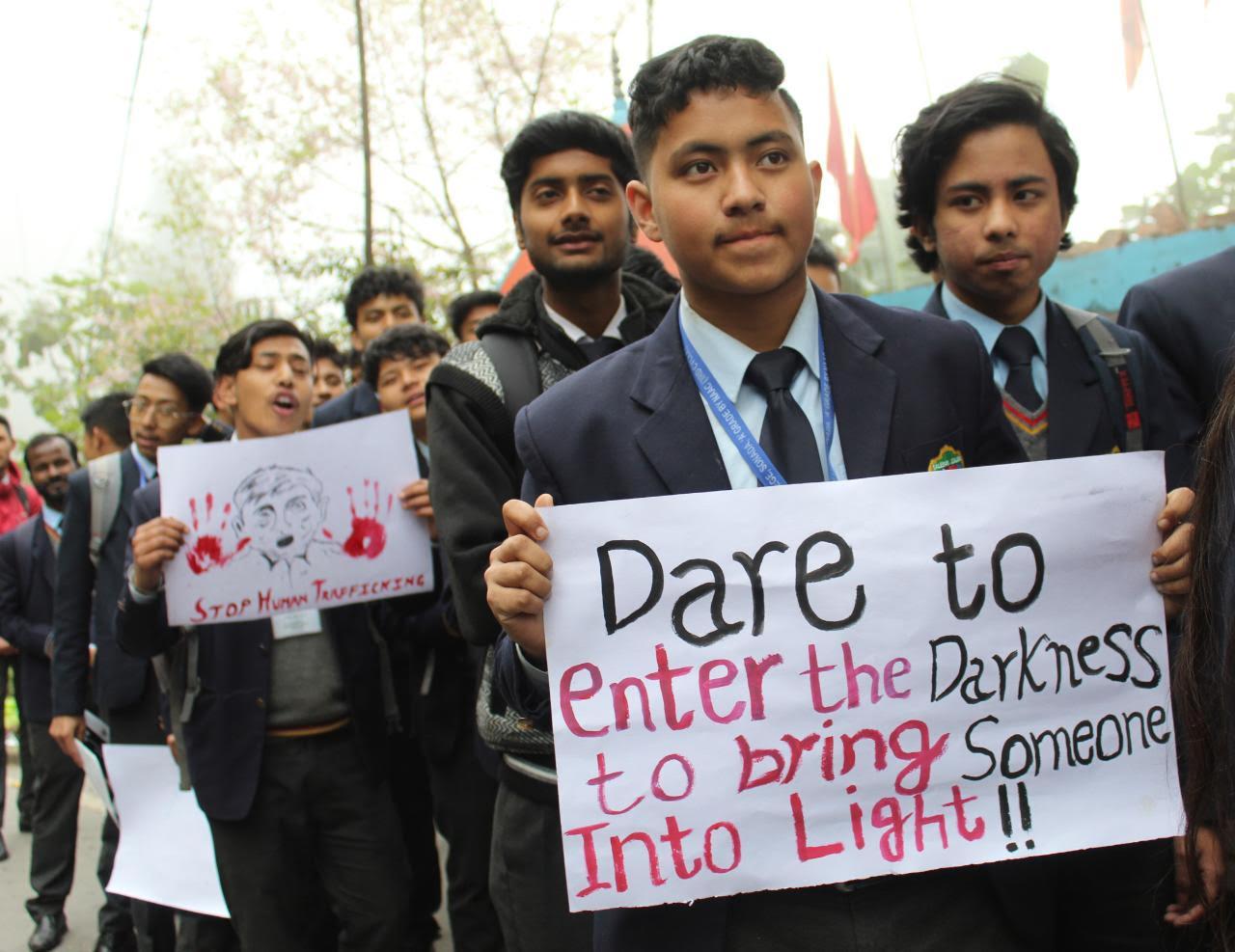 Sonada: The Women’s Cell of Salesian College Sonada along with Radio Journalists (RJ) of Radio Salesian organized a rally on 25th October 2019 to create awareness on the need of child support and prevention of human trafficking.

The rally with some 150 plus students in college uniform and carrying placards on child support and prevention of human trafficking started at 12:30 pm from Sonada Shiv Mandir just before the town, to Sonada Petrol Pump, at the end of the town.

Mid way, the rally stopped at Sonada Railway Station situated on high street in the middle of the town, where the students distributed handbills and had sloganeering stressing the need for prevention of child abuse and human trafficking.

The Sonada Traffic Police supported the rally, and facilitated smooth flow of the hill traffic during the peak Diwali holiday season.

“The initiative, the Women’s Cell has taken to make people aware of the need for child support and prevention of human trafficking is something very appreciative work,” commented one of the onlookers.

Assistant Professor Pinky Gupta says, “The rally was a huge success as the students participated very enthusiastically, and crowds of people had gathered to watch the rally and sloganeering at the railways station.”

Miss Gupta adds, “Now only the third phase of the project remains, the field visits to villages to complete the child support and prevention of human trafficking campaign.”

After about two hours, the rally ended at 2:30 pm by singing national anthem.

The three phase campaign for the protection of children and prevention of human trafficking is a Hong Kong based United Board project implemented by Salesian College Sonada / Siliguri, Women’s Cell . 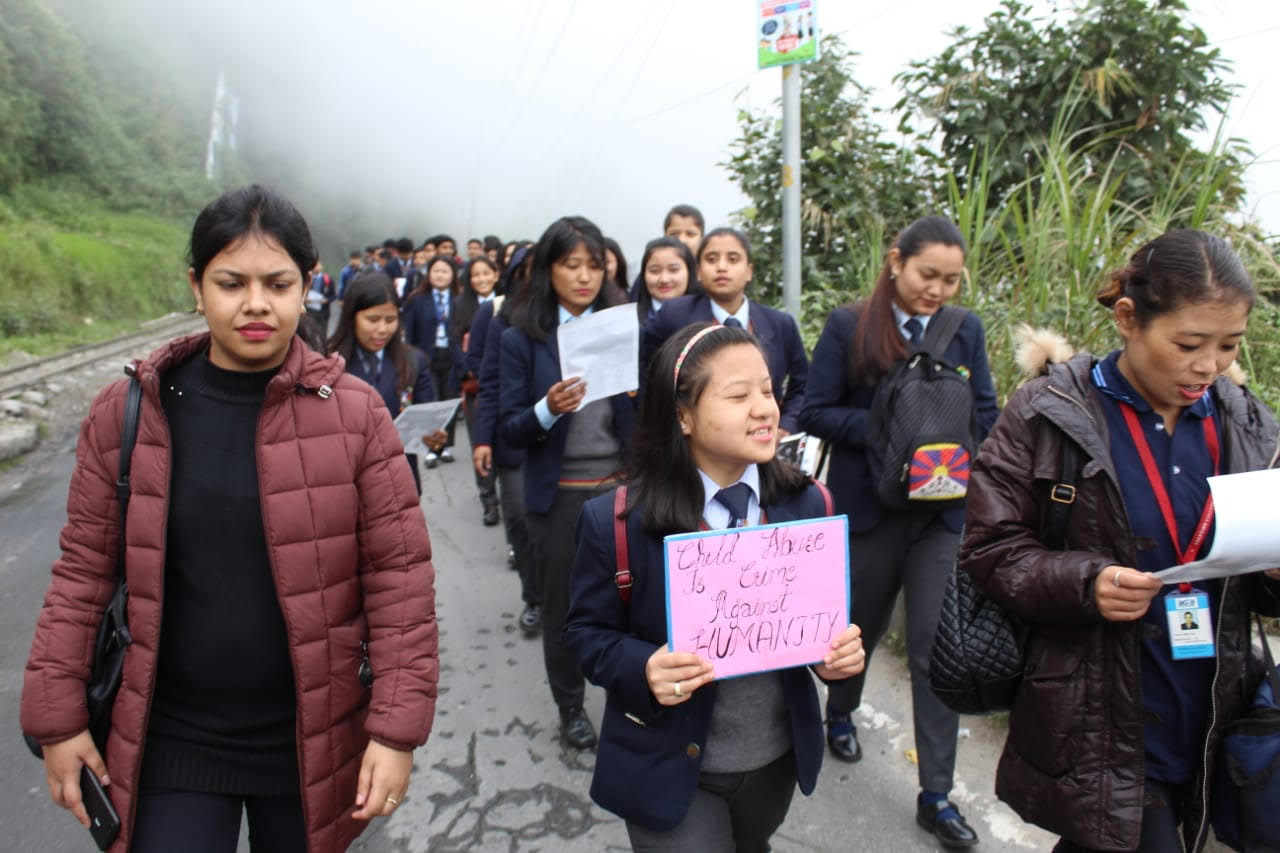 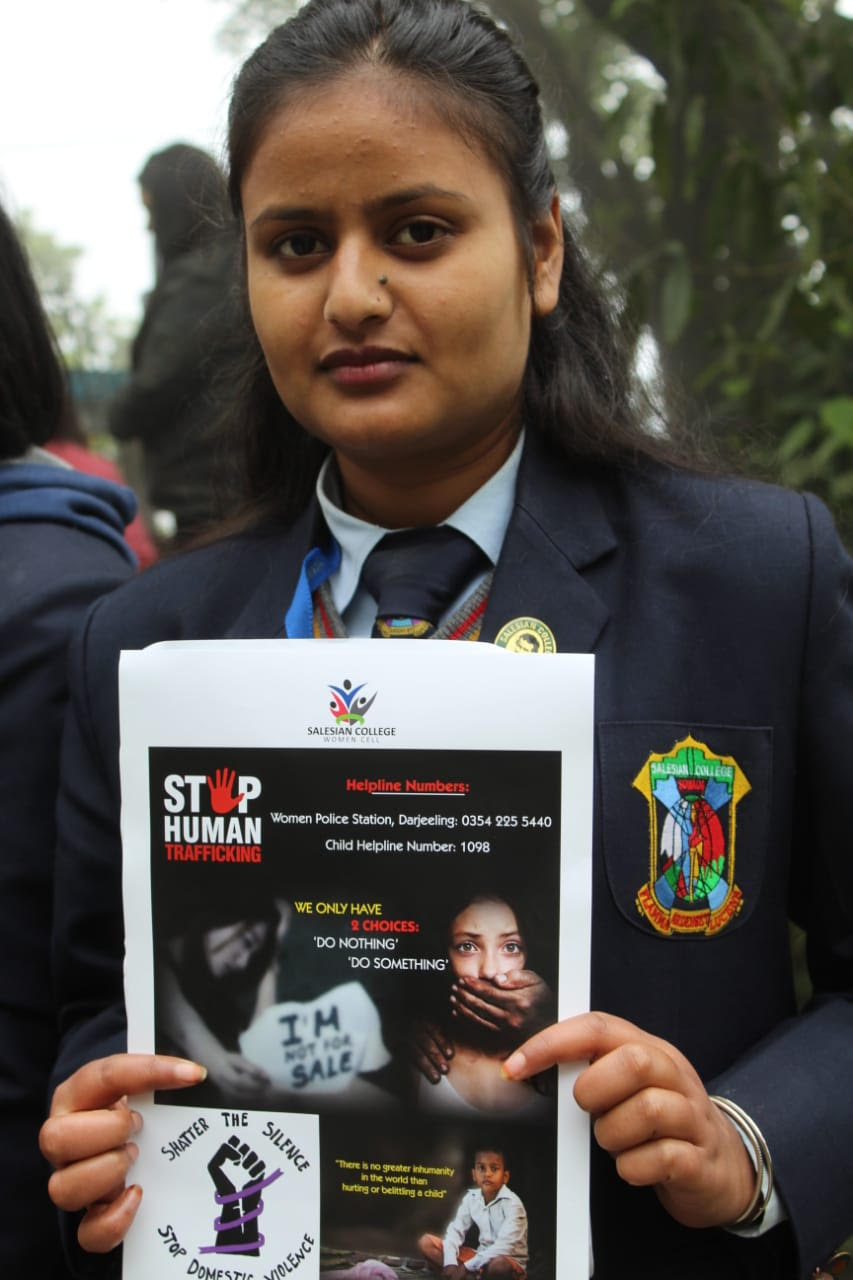 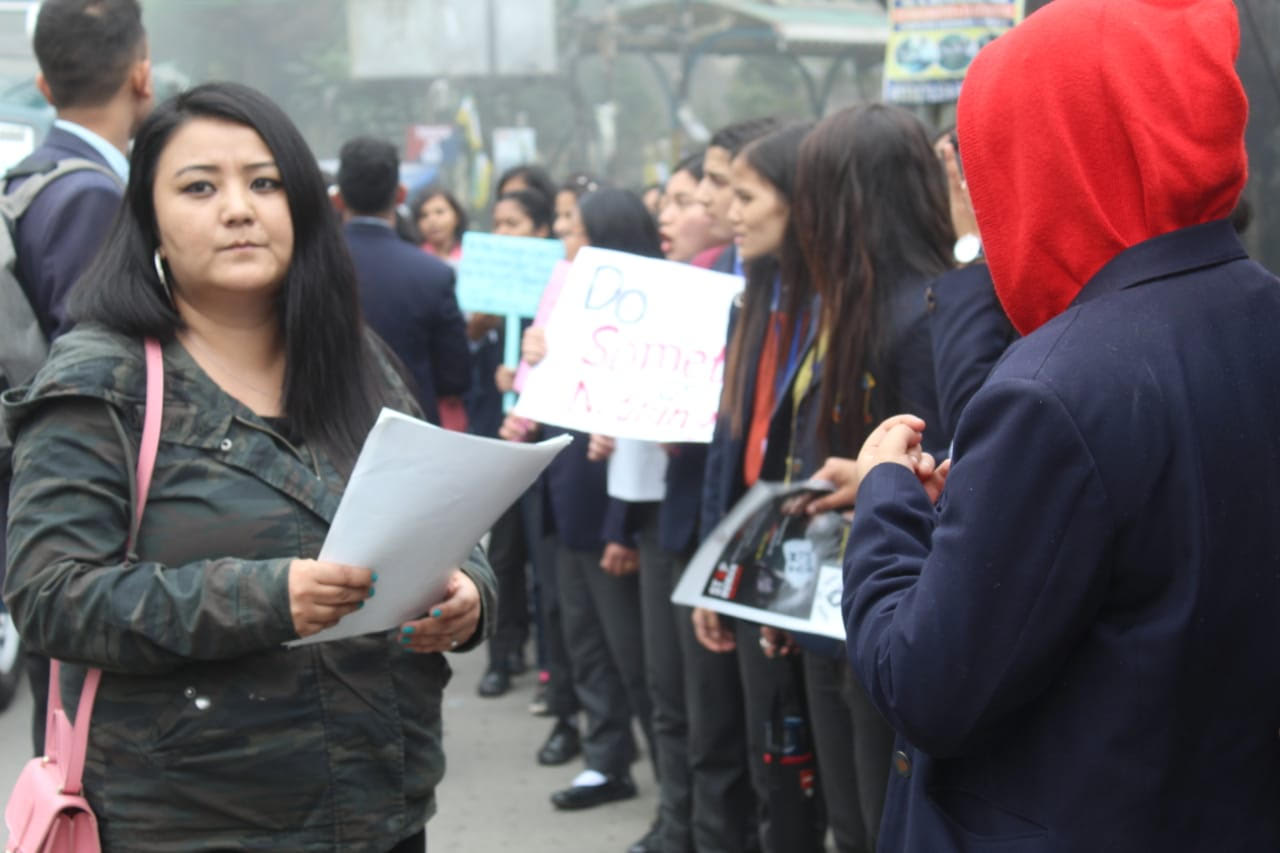 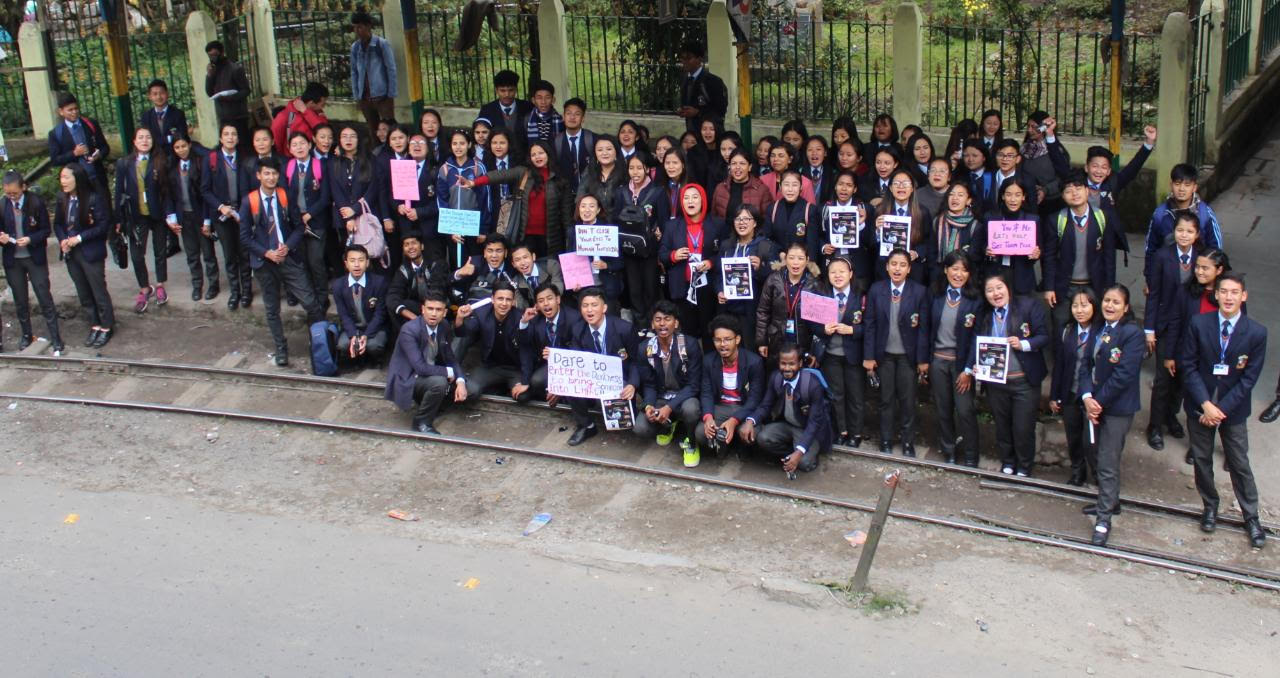 19 Jan 2014 - 6:51pm | AT News
A full scale offensive begins in BTAD areas against NDFB-S after the Bodo militant outfit killed 8 persons in three different attacks. The entire strategy was chalked at the unified command meeting...

3 May 2014 - 2:40pm | AT News
The Assam Government has recommended NIA probe into the BTAD violence where at least 33 people were killed.Talking to reporters after the cabinet meeting in Dispur, Chief Minister Tarun Gogoi said...