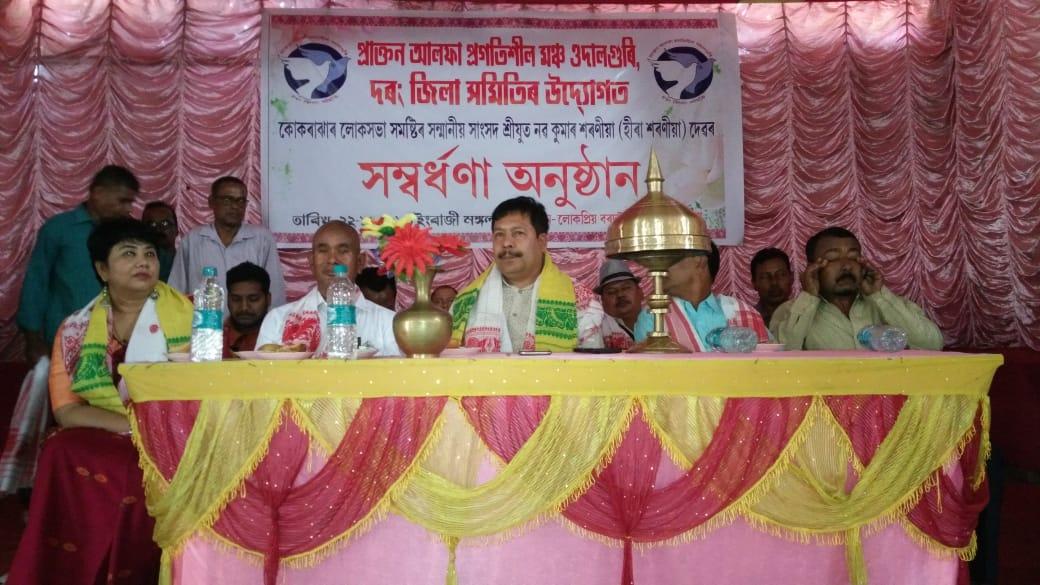 "The non-bodo populace of Bodoland Territorial Autonomous District are determined to oust the ruling Bodoland People's Front(BPF) to enforce their political rights." This was observed by Kokrajhar Member of Parliament,Naba Kumar Sarania here at Bordoloi Bhawan in Tangla town of Udalguri district on Tuesday.

The parliamentarian attending an felicitation event hosted by Darrang and Udalguri chapter,Praktan ULFA Progitisil Mancha lashed out at pro-talk ULFA leaders who have amassed unaccounted wealth and immovable properties.

2 May 2016 - 6:23pm | AT News
A book named ‘Pratay and Annekhsan: Dulal Royor Sadhana’ has been released in a function in Guwahati on Monday. The book speaks volumes of illustrious life, works and achievements of the noted drama...