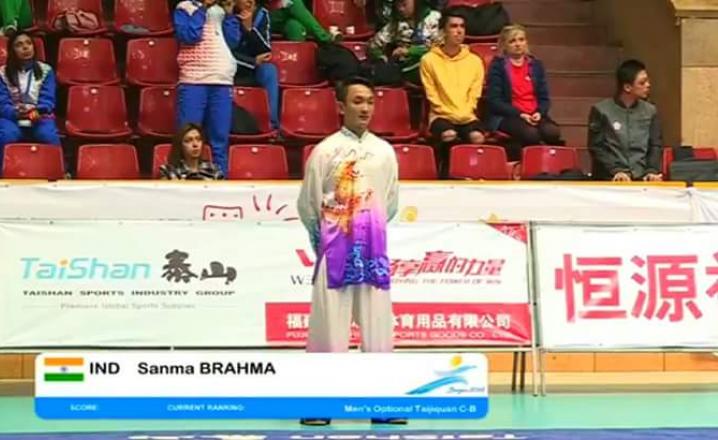 A 21-year-old, Sanma Brahma of Haloadol village of Assam's Kokrajhar district is participating the 15th World Wushu Championship-2019 to be held in Shanghai of China country.

Sanma, who has so far participated in many state and national Wushu championship in his 12-year sports career and earned many medals including gold.

Sanma Brahma has been selected as a participsnt in the Indian team and now taking coaching at Bhopal,Madhya Pradesh.The Indian team is leaving for Shanghai on October 14.

However,Sanma Brahma has been reportedly face financial crisis to participate the world championship.

Father of Sanma Brahma,Rakesh Brahma said that his family and son is facing financial hardships for participating the world championship.He said that he had approached to the BTC executive member for Sports and Youth Welfare Doneswar Goyary and BTC CHD for Sports for financial assistance,but no welfare gestures received so far.He said that he had approached all concern persons for financial supports,not getting proper supports to send his son Wushu player.

He informed that the sports & youth welfare department,in a letter intimate that the department does not have available fund at present to help the Sanma for financial assistance for participating the world championship.

Brahma has prayed and made an appeal to the sports lover and well wishers to extend financial assistance to the well being of Sanma Brahma who is participating the world Wushu championship.

If some one sports lovers want to contribute financial assistance for Sanma Brahma,they can contribute at SBI Kokrajhar Branch, Account No.3108832659. IFSC-SBIN 0000119.

Villagers of the Haloadol have also appealled all Sports lover and well wishers to make some contributions for the Sanma Brahma to kind extend supports in his sports career.

28 Aug 2016 - 10:24am | AT News
Dissidence seems to have resurfaced in AGP when a section of the regional party leaders are dead opposed to a slew of move by the BJP-led government. Sources told Assam Times that the regional party...