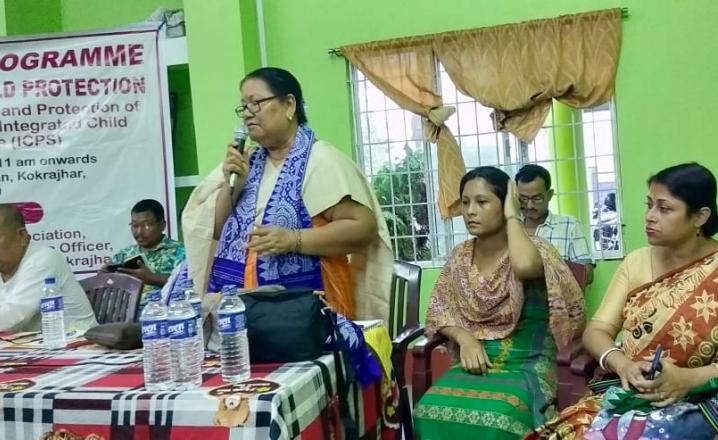 An awareness programme on child marriage, child rights and protection was organised by Kokrajhar Child Welfare Committee (CWC)  in association with All BTAD Gaonbura Association, here at Gaonbura Bhavan in Kokrajhar on Thursday.Over 50 Gaonburas from different villages under Kokrajhar block participated the programme.

Chairperson of the CWC, Kokrajhar, Malati Rani Narzary graced the programme and spoke at length on the issues related to crimes against children like child marriage, child sexual abuse, child labour etc. She highlighted the measures taken by of the government like childline and child welfare committee (CWC). She said it is the responsibility of the each and every person of the society to protect the rights of the children.

Protection officer, DCPU, Kokrajhar Ankur Dutta spoke on the problems and possibilities such as child marriage, child labour and POCSO Act. He highlighted the need to thoroughly understand POCSO Act and JJ Act and urged the society to come forward while bringing out welfare of the children among society.

President of All BTAD Gaonbura Association Dhananjay Brahma, secretary Robert Kerketta, CWC members-Babli Basumatary, Mousumi Bhattacharjee, P Brahma Choudhury and Child Protection Officer, Kokrajhar Louis Basumatary were attended and spoke on the occasion and shared their experiences and stressed on the need to organize such programme extensively in different parts of the districts among the public and local villagers.

The meeting has also decided to form village level child protection committee in very villages in the district where it is yet to be formed and  promise to work united to safeguard and protect the right of every child. 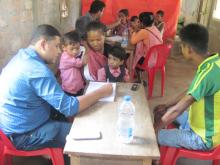