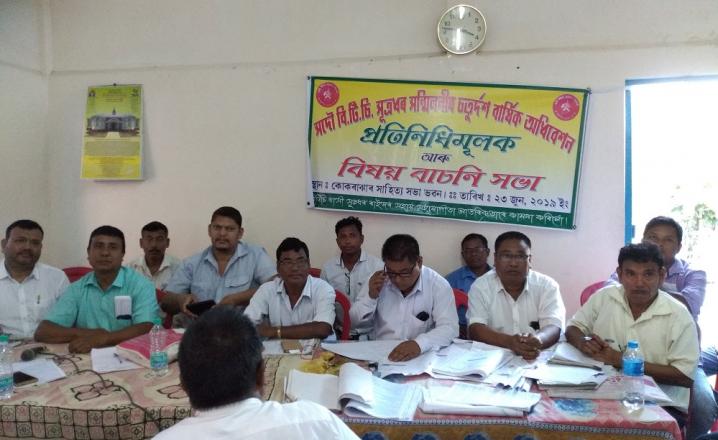 Delegates from four districts of the BTAD region participated the conference. The Sanmiloni decided to put pressure on the state government for formation of Sutradhar Development Council as other scheduled communities are enjoying development council in the state.

A new executive committee of the All BTC Sutradhar Sanmiloni was formed with Amulya Sutradhar and Madhav Sutradhar as secretary for next five year term.

General Secretary of All Assam Sutradhar Sanmiloni, Dhiraj Mahan Sutradhar graced as chief guest on the conference. Sutradhar has alleged that their community has been depriving from development and welfare aspects due to insincerity of the state government.

13 Oct 2014 - 9:38am | AT News
A joint team of army and police had a narrow escape in Sivasagar district on Wednesday when suspected ULFA militants attacked them with a grenade.The incident took place at Nimonagarh in Charaideo...