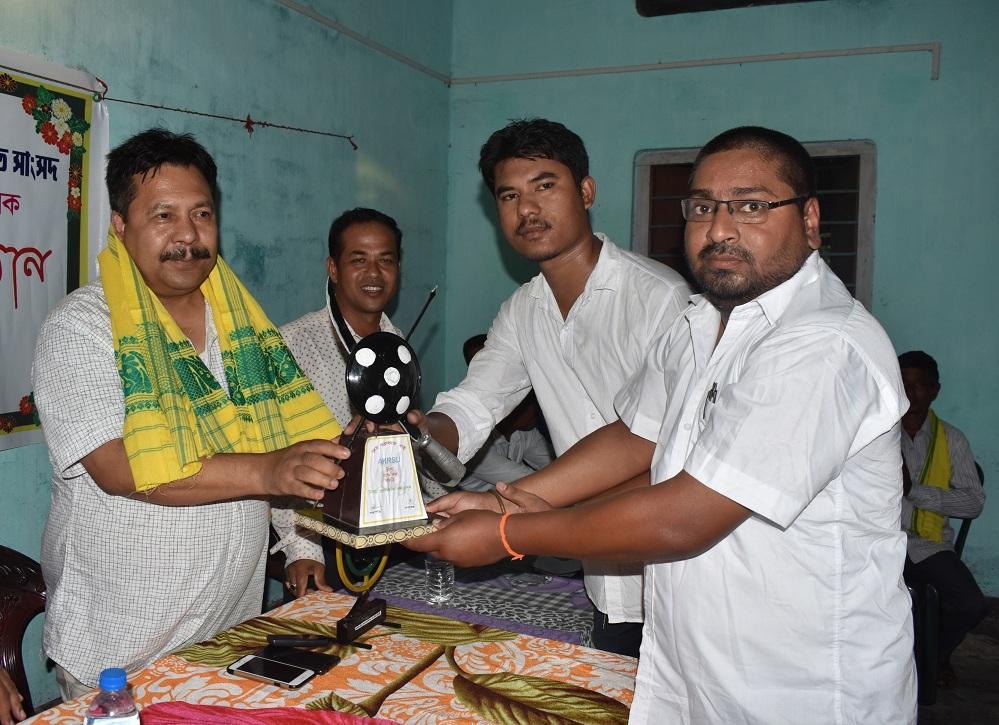 UDALGURI: The Non-bodo people living in the BTC region have been deprived of their due rights in BTC region and it is only through acquiring political power that the people could readdress their issues. Oboro is not just a term it is now a sentiment and voice of the non-bodos of BTC. This was observed by Kokrajhar MP,Naba Kumar Sarania at a felicitation ceremony organized by All Koch-Rajbongshi Students' Union(AKRSU) Udalguri(west) chapter here at Chilarai Bhawan in Tangla on Thursday. He further observed that his victory for second time was only possible for the wholehearted commitment of the people of different communities cutting across party,religion,cast,community of BTC region.

He said the ethnic communities who have been being deprived by the party in power voted for him. He assured that he will be giving due privileges and justice to all communities. He further stated that there have been crores of rupees for development in BTC but corruption in every spheres have hindered the pace of progress.He also stated that the Village Council Development Committee (VCDC)'s are the root of corruption in BTC. He also decried the non-inclusion and listing of nearly 5000 Koch-Rajbingshi people as D-voters in Udalguri.

There have been a renaissance among the people of BTC and every indigenous community are united we are just battling for a unified fight in the BTC Elections of 2020 where there will be new change in the region where there will be no discrimination and every community will have equal rights and privileges. He also said they will sit together with the organizations that are supporting them. He also said that non-Boro group will overcome BTC administration by winning in majority seats in the BTC council election .

25 Mar 2014 - 4:11pm | AT News
There seems to be no respite for Akhil Gogoi. The KMSS president wont be able to come out of the jail even after the Gauhati High Court granted bail to him in four more cases.Police on Tuesday...

4 Aug 2013 - 9:36pm | AT News
The Bodo National Conference on Sunday resolved to intensify the movement for creation separate Bodoland state. The Bodo organization held an emergent executive meeting of the conference PWD...