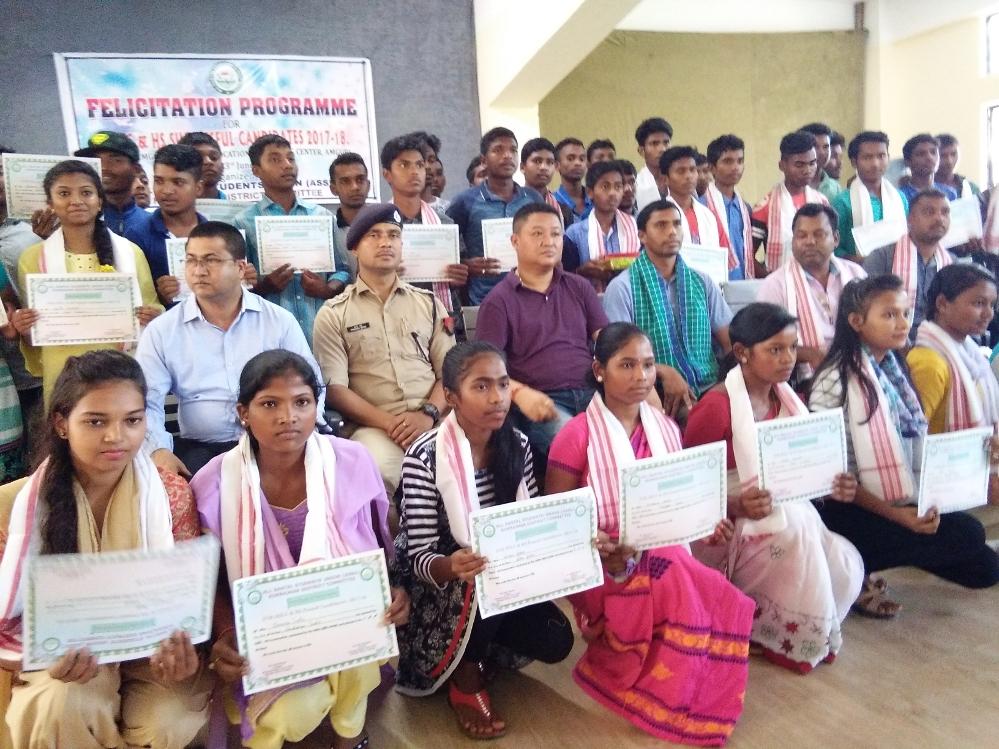 KOKRAJHAR: The All Santhali Students Union (ASSU) in a bid to inspire the students of the Santhali community feted the successful students of HS & HSLC final examinations 2017-18 at a programme held at Amguri Don Bosco vocational training centre in Kokrajhar on Saturday. A total 100 students from remote areas of Kokrajhar district including 39 H.S and 6 HSLC passed out students hailing from remote and poverty striken family were feted in the event.The programme was organized by All Santhali Students Union (ASSU) in association with district police administration,Kokrajhar. Kokrajhar, SP Rajen Singh graced the event as chief guest and offered warm felicitation to the students with certificate,packet of books, phulam gamocha among other gift items. Speaking at the event, urged the students to be dedicated while pursuing higher studies in their life.ASSU president Simon Kisku said the students of Santhali community are deprived of higher education due to lackadaisical attitude of the government. "The Santhali students face hardship in their studies for non-availability of sufficient teacher as well textbooks.", He said. He demanded appointment of adequate number of teacher, better school infrastructure in the Santhali schools to facilitate good atmosphere in the schools. "Even though,the Santhali language is enlisted in the eight scheduled across the country,yet the Santhali students in state is far from educational opportunities in their mother tongue.The state government should come forward for welfare and language development for Santhali community", Kisku said.President of Adivasi Seva Samiti, Boyal Hembrom were among other prominent attendees on the occasion.