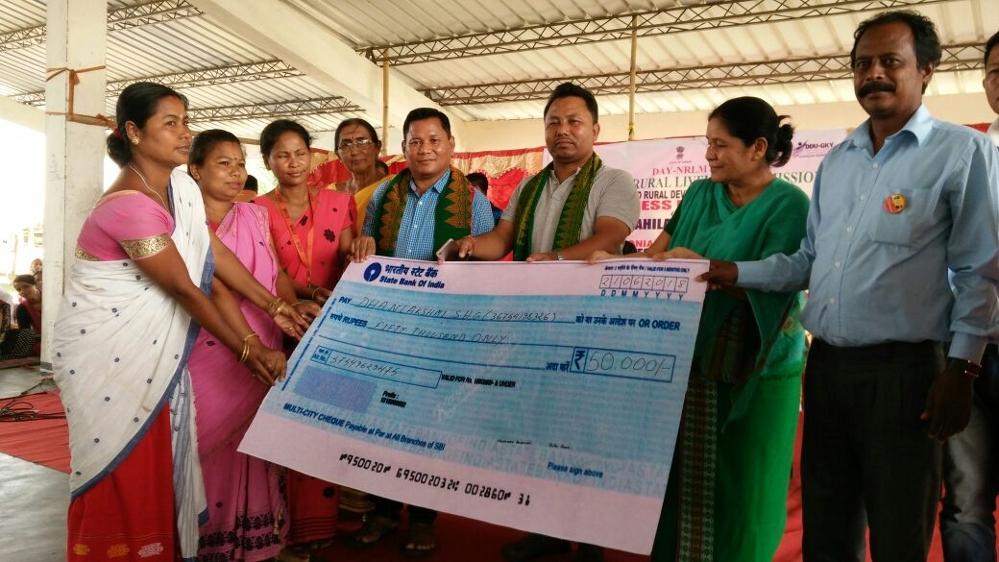 TANGLA: An awareness meet was held regarding the Kanaklata Mahila Sabalikaran Achoni (KMSA) by Panchayat and Rural Development Department for ceremonial distribution of funds among the Self Help Groups(SHG) of the Bhergaon weekly market complex at Bhergaon SDO(Civil) office on Thursday. The meet presided over by the Paneri MLA, Kamali Basumatary was attended by Executive Member of BTC, Lwmshrao Daimary, Deputy Speaker of BTC, Nerson Boro and SDO(Civil), Bhergaon, Dithakananda Hazarika where women of SHG's from different villages under Bhergaon Development Block were apprised of the scheme.Speaking on the ocassion,MLA Basumatary said, "When women are encouraged to take lead and ensure respect for them, the society marches towards progress". She further stated that SHG's has always helped women gain financial independence and open up window of self-employment opportunities. In an interactive session the representatives of different SHG's described about their source of income, productions, and also about their necessary requirements. Executive Member of BTC, Lwmshrao Daimary and BTC Deputy Speaker, Nerson Boro stated that BTC administration is ready for financial grant to SHG's and for all those who wants to engage in different productive work be it cultivation or handloom etc.A cheque distribution programme was also held were cheques amounting to rupees fifty thousand were distributed among the different SHG's.

4 Oct 2014 - 10:19am | AT News
Once again a molestation attempt has forced the state and its people to hang head in shame. This time the epicenter is Tinsukia district where an Adivasi girl had to jumped from a moving bus to...

Gogoi back in Guwahati

30 Apr 2015 - 1:46pm | AT News
Chief minister Tarun Gogoi has arrived in Guwahati on Thursday after cutting short his Australia visit. Immediately after landing in the capital, Gogoi met senior officers and reviewed relief...