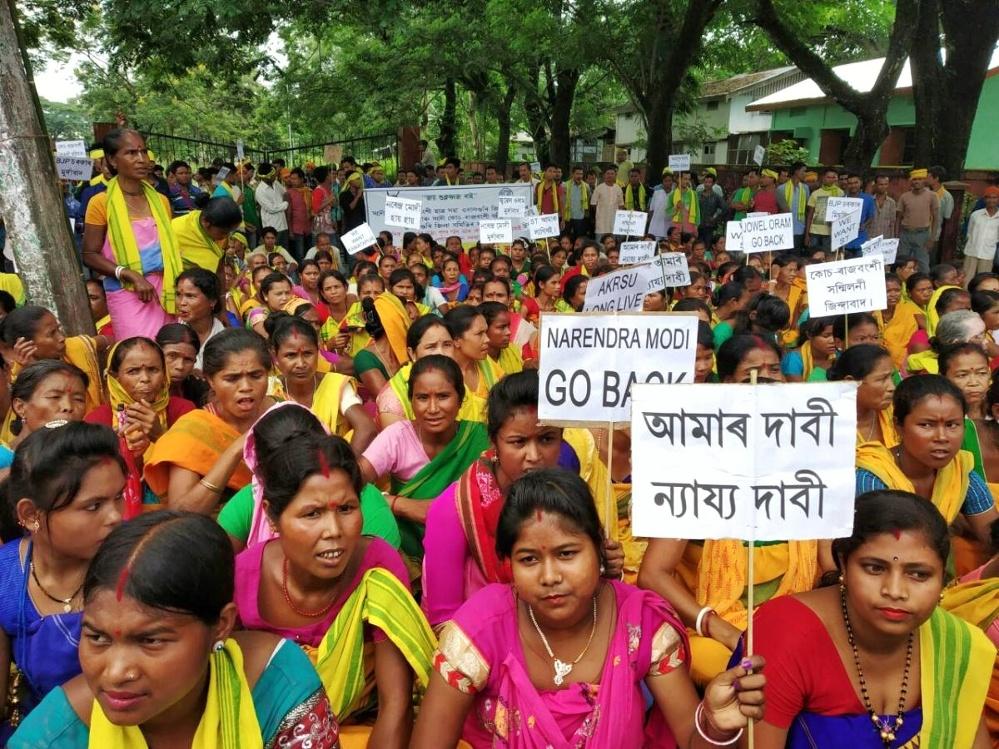 UDALGURI: Reitarating its demand of Kamatapur statehood and Scheduled Tribe (ST) categorization of the Koch-Rajbongshi community, the Udalguri district committee All Koch-Rajbongshi Students’ Union (AKRSU) along with All Koch-Rajbongshi Sanmilani(AKRS) staged sit-in- protest at the DC office premises here in Udalguri on Monday.The organizations, staged the protest for three hours starting from 11 pm. The protestors came down heavily on the alleged statement made by Tribal Affairs Minister, Juel Oram , that it takes four decades to grant ST status to a community, and hence there’s little hope for fulfilling the demands for ST status. The activists holding placards raised high pitched slogans and rented the air with 'No ST no rest', 'BJP go back'. President of Udalguri, AKRSU, Atul Barman alleged that the government has turned deaf ears to the genuine demands of the community for years.

He also criticized the government for making false promises regarding fulfillment of their demands within six months from coming into power. The student leader also alleged that indigenous Koch-Rajbongshi people have been meted out harassment at various places of state in the ongoing verification of National Register of Citizens(NRC). He further stated that if the government doesn't grant ST status to the community before 2019 Lok Sabha polls,the people will be forced to vote the alternative parties. President of All Koch Rajbongshi Sanmilani (AKRS), Sunil Kumar Barman also criticized the saffron party and PM Modi for false pre-poll promises. The two organizations also submitted separate memorandums to Prime Minister, Narendra Modi and Chief Minister, Sarbananda Sonowal through the office of Deputy Commissioner, Udalguri.

7 Feb 2014 - 7:51pm | AT News
Amid controversy over Prasanta Phukan’s vote, BJP leadership has claimed that not even a single vote of the party legislators have been found invalid.According state unit president Sarbananda Sonowal... 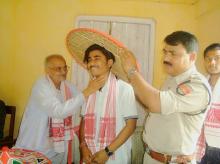