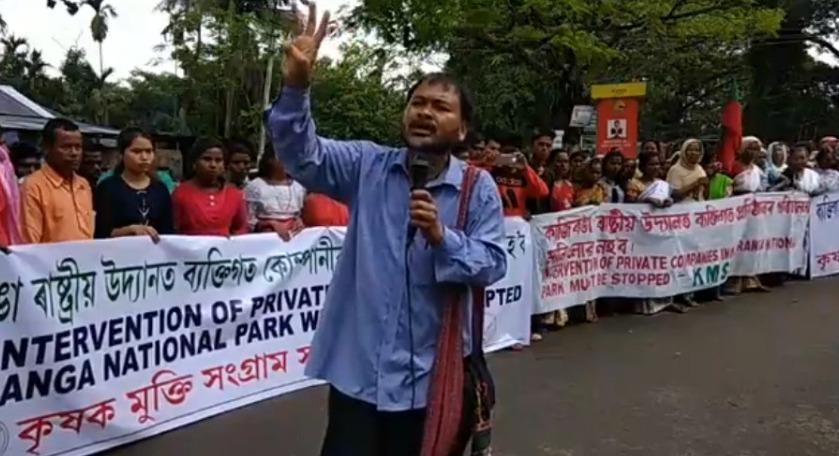 GUWAHATI: The much-hyped scheme to roll out red carpet to a section of private player to maintain Kaziranga along with three Ahom era monuments triggers no less protest across the state leaving the BJP-led government red faced.

No sooner had the Centre announced the move to hand over the maintenance of the national park, historic Rong Ghar, Kareng Ghar and the Shiv temple in Sivasagar to a private travel agency, than major opposition political parties and influential organizations to hit the streets to exercise restraint.

If somebody stages sit somewhere to take on the government, somebody is holding press conference. These are in addition to the tradition protest rally and burning effigies to convey acrimony and protest.

Former chief minister Tarun Gogoi lambasted the government saying that it suggests government utter lack of capability to maintain these four spots. “There is no dearth of for Nomsmi, Priyanka Chopra. But n ok fund for maintenance.

AASU, AJYCP, AATASU, also have pledged to resist the move. KMSS held a huge protest rally in Kaziranga on Friday in protest against the move.

Talking to reporters, KMSS firebrand Akhil Gogoi said, “we will resist the move. We won't allow the bio diversity to suffer. Why should we need to sell these must see places.”

Even the state government is not happy with the move. Hours after assuming the charge as tourism minister, Chandan Brahma said Dispur will write to Delhi. “ We respect the sentiments of the people. We are holding talks with the agitating leaders before writing to the Centre.”

Even chief minister Sarbananda Sonowal said his government will not do even an iota that could hurt the pride of Assam and it's people.

4 May 2014 - 4:04pm | Hantigiri Narzary
The trouble mongers in BTAD will be identified in a day or two. This was what Rockybul Hussain told reporters in Kokrajhar on Sunday.Addressing a press conference on Sunday, the forest minister said...

15 Jun 2013 - 12:18pm | Ranjan K Baruah
Foundation for Social Transformation organised a creative drama workshop on 14th June at its premises. This programme was mainly organised for youths who are interested in drama, theatre and...

18 Sep 2014 - 4:39pm | AT News
Need of the hour is a green bench in the north east to ensure a safe environment in the entire region. This was what Debojit Das said when the veteran legal practitioner was participating in a round...